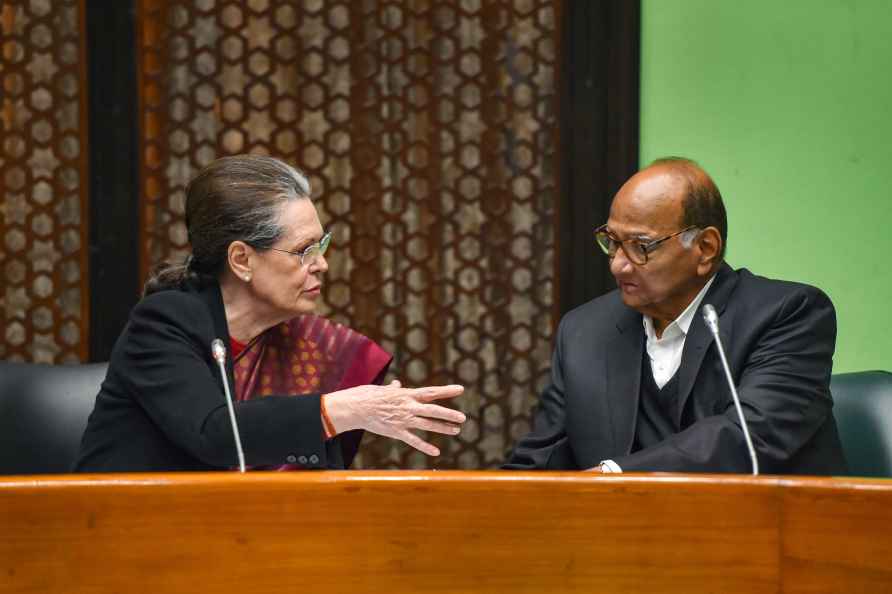 New Delhi, Nov 20 : Karnataka Congress President D.K. Shivakumar met Congress Chief Sonia Gandhi in Delhi on Saturday to discuss important issues related to the state. According to sources, after Shivakumar's meeting with Sonia Gandhi, the names of office-bearers of the Karnataka Pradesh Congress Committee are likely to be finalised, where the party is likely to make some big changes. Last month, former Karnataka Chief Minister Siddaramaiah also met the Congress president in Delhi. After the meeting, he had said that he is not interested in national politics and wants to be confined to state politics. Siddaramaiah had said this in response to any "attempt" by the party leadership to bring him with a bigger role into national politics. Now, after Shivakumar's meeting with the Congress president, it is being speculated that he can be given an important role in national politics by the top leadership. In the coming year, there are elections in many states, and thus the party is planning to give important roles to senior leaders in these states. Before reaching Delhi, alleging involvement of "politically influential" people, especially BJP leaders, in the alleged bitcoin scam, Shivakumar made controversial remarks about Karnataka Home Minister Araga Jnanendra on Thursday saying, "The Home Minister is a lunatic and should be sent to NIMHANS (National Institute of Mental Health and Neurosciences) for treatment." Earlier, Shivakumar had sent a letter to Prime Minister Narendra Modi saying that he should take suo motu cognisance of the bitcoin scam in which the "names of several BJP leaders have surfaced". The Congress party is raising the bitcoin scam from Karnataka to Delhi and is demanding an investigation by the Central government. According to the Karnataka Congress, the party will also raise the issue in Parliament. The issue was also discussed during Shivakumar's meeting with Sonia Gandhi on Saturday. /IANS

WikiLeaks founder Julian Assange has been granted an appeal in UK in his bid to avoid extradition to US. (AP)

WikiLeaks founder Julian Assange has been granted an appeal in UK in his bid to avoid extradition to US. (AP) […]