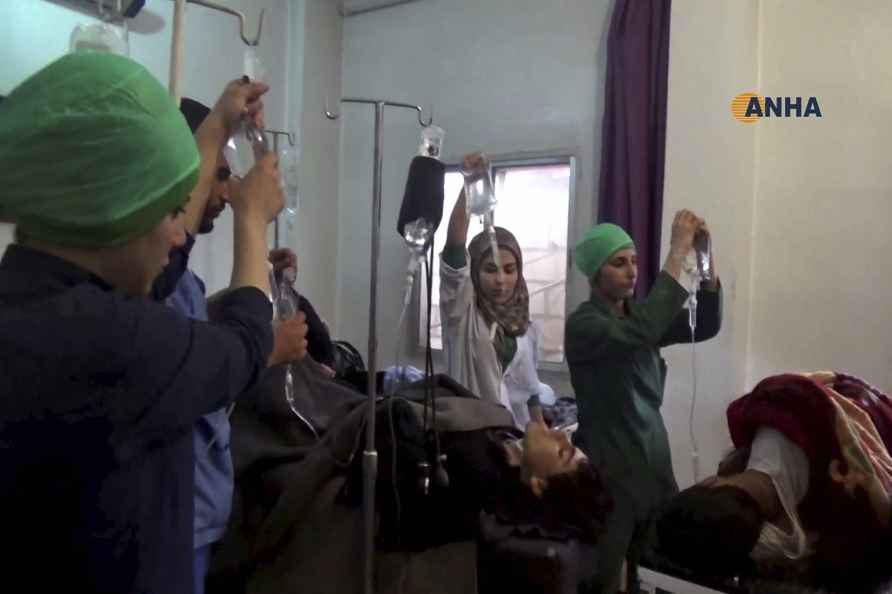 Gurugram, Nov 20 : Five people were arrested for violating excise rules and serving liquor and 'flavoured hukka' beyond the prescribed time on the intervening night of Friday and Saturday here. The arrests were made after a joint team of the chief minister's flying squad and excise officials conducted raids at three liquor vends in Sector-62 and issued challans. As per the state excise policy, the operating time of these establishments is from 9 a.m. to 12 a.m. A penalty of over Rs 2 lakh to could be framed against these violators, the CM's flying wing officials said. The errant vends have been identified as Rifil, which had 40-50 people consuming liquor, Western Village Garden Cafe with 10-15 people and Teplus with 15-20 guests. Those arrested were identified as Aakash and Deepak-- both residents of Delhi who work at Teplus--, Lakshya Randhawa, Satyam Nagarajan and Muhammad Imran all employees of the Western Village Garden Cafe. Shekhar Sharma, the owner of the establishment, fled the spot. "These establishments were fined for violating excise rules. We have imposed challans on these outlet owners and sent them to the headquarters at Chandigarh for penalties. The department is conducting frequent checks to ensure liquor is not served after the prescribed time in open and that no one sells liquor without permission," a senior excise and taxation official, said. "Also, we have formed teams to conduct surprise checks at all outlets to ensure pub owners or operators are not violating the rules and regulations," he said. /IANS

The two P's that led to political slugfest in U.P
Lucknow, Jan 1 : No one knows the exact truth but the confusion over letter 'P' has led to a fresh slinging match between the ruling Bharatiya Janata

Los Angeles, Jan 1 : 'Spider-Man: No Way Home' actor Tom Holland says his "body is shutting down" after spending so much time travelling and "living out of a suitcase". Speaking to Empire magazi […]