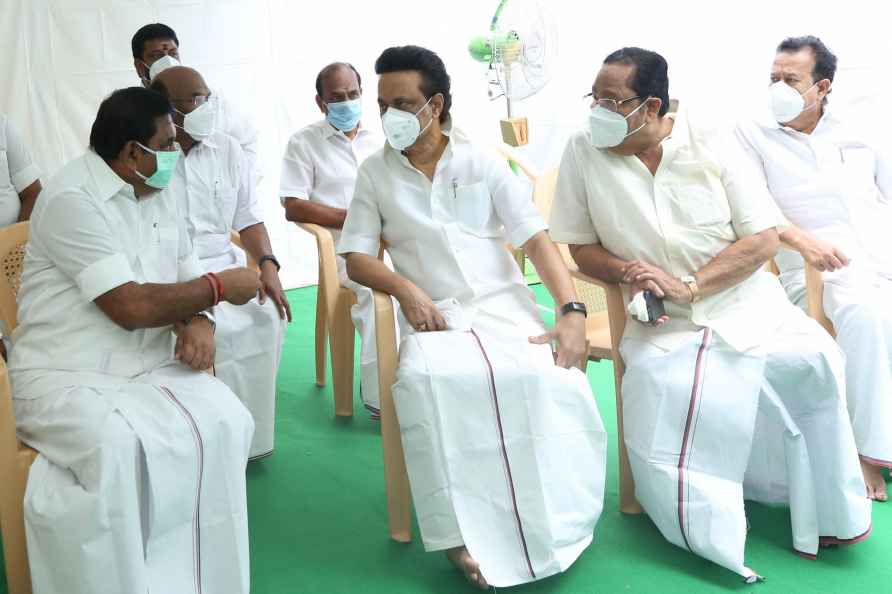 Chennai, Nov 20 : Former Tamil Nadu Chief Minister and Leader of the Opposition K. Palaniswami on Saturday demanded the DMK government to continue the Amma Pharmacy outlets that sell medicines at discounted rates. AIADMK's Joint Coordinator Palaniswami also wondered what the two expert committees set up by the DMK government to improve the state's economy and also look at ways to mobilise additional funds are doing. Citing reports about the "Stalin's government's plans" to close down the Amma Pharmacy outlets, Palaniswami said the government should drop its proposed move to enable private outlets to rake in huge profits. According to Palaniswami, the DMK government is shutting down the people welfare measures of the previous AIADMK government like the Amma Canteen, selling food at subsidised rates, Amma Mineral Water (1 litre bottle sold at Rs 10), Amma Cement and others. He said the DMK government shut down the sales of Amma Cement priced at about Rs 190 - 216 per bag and launched the Valimai brand at about Rs 350/bag. /IANS

Amit Shah meets Jat leaders ahead of UP polls
[New Delhi: Union Home Minister Amit Shah with a senior Jat leader during his meeting with Jat leaders from UP, at BJP MP Parvesh Verma's residence in

3 children among 32 killed in South Sudan violence
United Nations, Jan 26 : The UN mission in South Sudan reported that it is deeply concerned about reports of an attack in Baidit, in Jonglei state, al