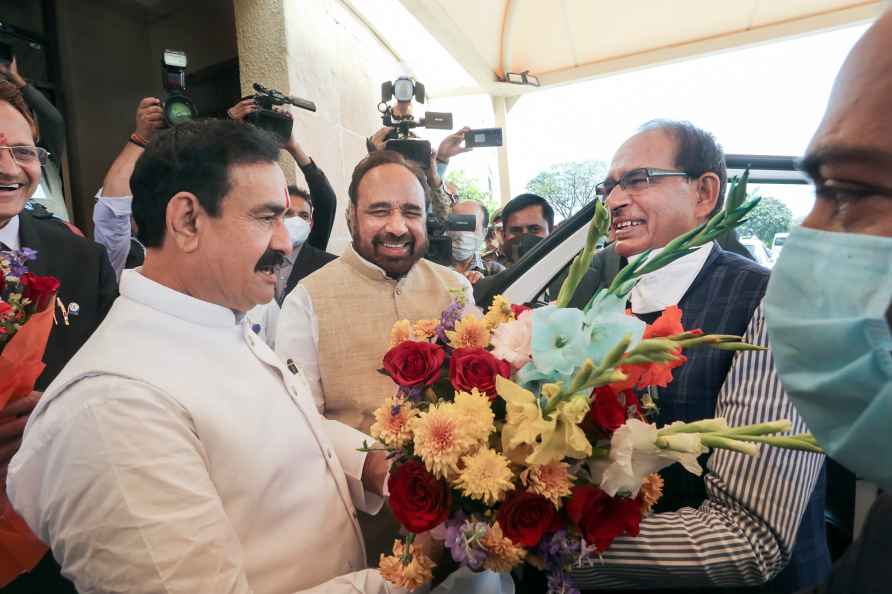 Bhopal, Nov 18 : Comedian Vir Das is the new target of Madhya Pradesh Home Minister Narottam Mishra for his controversial remarks - 'I come from two Indias.' Mishra said on Thursday that Vir Das needs to tender an apology, otherwise, he will not be allowed to perform in Madhya Pradesh. "We won't allow such jester to perform, until he apologizes for his remarks," Mishra added. Das, who is in the US right now, had on Monday uploaded a video on YouTube titled - "I come from two Indias," which was a part of his recent performance in Washington DC. Earlier, Mishra had directed to put a ban on sale of Congress leader Salman Khushid's book - Sunrise Over Ayodhya: Nationhood in Our Times, which is based on judgement on Ram Janmabhoomi and Babri Mosque dispute. However, it is not the first time when Mishra has asked for a ban on artists to perform in Madhya Pradesh. Recently, he threatened Bollywood director Prakash Jha to change the title of his Bobby Deol starrer - 'Asharam' of which, third part is being shot in Bhopal and surrounding areas. He then proposed to bring some changes in policy to allow film shootings in the state, wherein directors have to submit a copy of the script to the government during accessing permission for it. /IANS

5 trends that will shape cybersecurity threat landscape in 2022

New Delhi, Dec 26 : Cybersecurity today is non-negotiable for individuals, businesses, and governments. 2021 saw cyberattacks increasing not just in size and scale, but also in sophistication. In fact […]

Nilgiris: People belonging to the Toda community take part in a ...

Chennai, Dec 26 : Days after actor Vadivelu tested positive for Covid-19, his film's director Suraj, too, has been admitted to a private hospital here for the same reason. Suraj had accompanied […]

Kabul, Dec 26 : The Islamic State terror group's Khorasan branch (IS-K) has claimed responsibility for an attack on the passport office in Kabul which was however, foiled by Taliban forces, the media […]