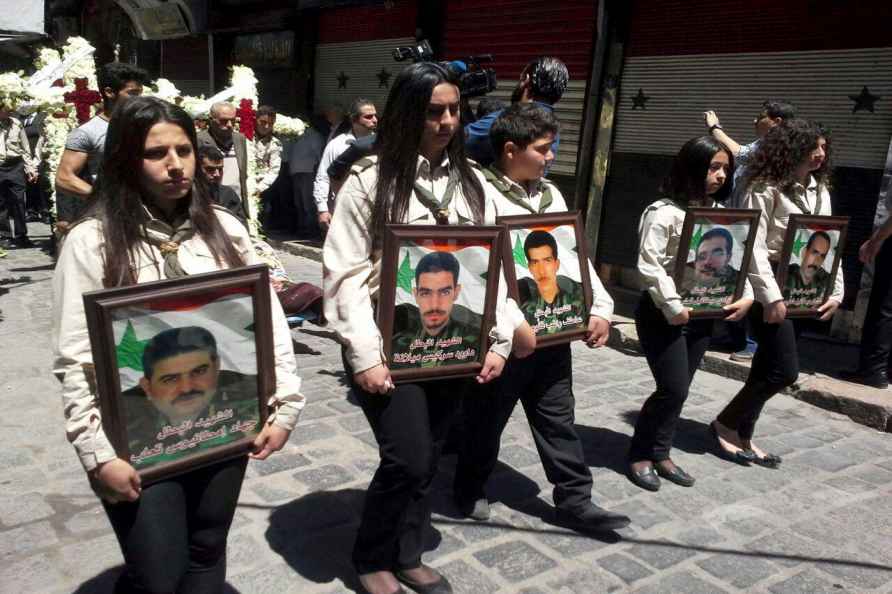 Damascus, Nov 18 : Syria's Foreign Minister Faisal Mekdad said that the Western sanctions imposed on the country are preventing the return of refugees, according to the state news agency SANA. The senior diplomat made the remarks during a press conference, where he also accused the Western countries of not wanting the return of refugees so they can use the refugees to exert pressure on Damascus, Xinhua news agency quoted the SANA report as saying. "These countries are taking advantage of the pains of the Syrian refugees for their own political agendas," he said. The Minister stressed that the Syrian government is exerting "tremendous efforts" to facilitate the return of refugees and is inviting them to return without conditions. "They don't even need an invitation because this is their country," he said, stressing that the Syrian government is providing all facilitations with the help of friendly countries to realise a volunteer and safe return for the refugees. According to the Unicef, the Syrian refugee crisis remains the largest displacement crisis in the world, with 5.6 million registered refugees, including over 2.5 million children, living in Egypt, Iraq, Jordan, Lebanon and Turkey. In 2020, the situation in all affected countries was further aggravated by the Covid-19 pandemic and the subsequent economic downturn. Approximately 20.6 million people, including 6.1 million children, need assistance. The Syrian refugee crisis is the result of a March 2011 violent government crackdown on public demonstrations. /IANS

Ranveer Singh on '83' performance: Felt duty-bound to my nation

Kigali, Dec 27 : Rwanda has achieved the World Health Organization's (WHO) target of vaccinating 40 per cent of its entire population by December 2021, the Ministry of Health said in a statement. […]

Mumbai, Dec 27 : 'Meet' actress Ashi Singh has shared about her experience while shooting in Rajasthan in chilly weather for an upcoming honeymoon sequence in the show. Ashi, who is seen as Meet […]