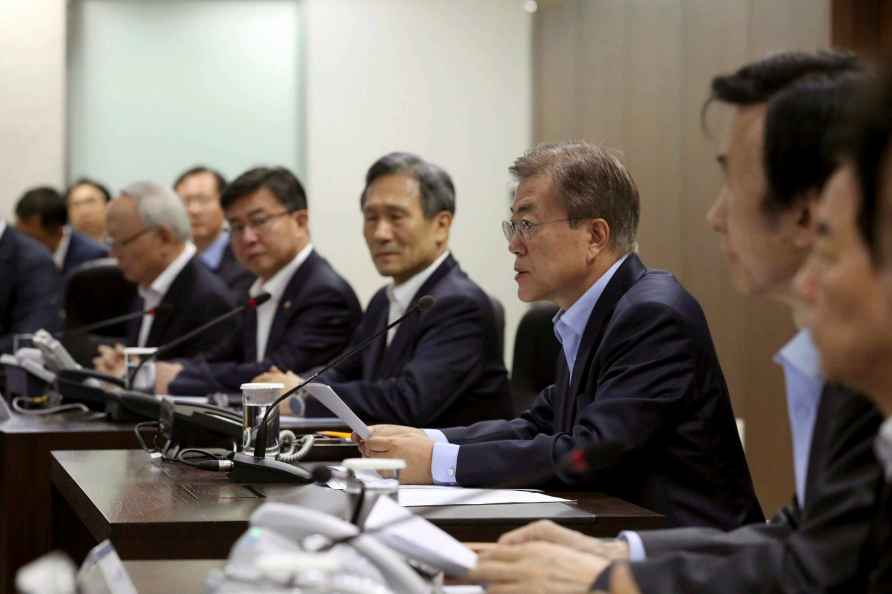 Seoul, Nov 18 : The South Korean government will launch a formal discussion on whether to prohibit dog meat consumption, following President Moon Jae-in's suggestion to review the controversial practice, officials said on Thursday. The government will table the issue of how to proceed with social discussions on dog meat consumption at a Cabinet meeting to be presided over by Prime Minister Kim Boo-kyum on November 25, Yonhap News Agency quoted the government policy coordination office as saying. The decision came after Moon raised the possibility of banning the consumption of dog meat in the country during his meeting with the Prime Minister in September. A growing number of South Koreans keep dogs as pets, but there are also dog farms still in operation, where some breeds are raised for meat. Moon is known as a dog lover, living with several dogs at the presidential compound. Animal rights activists have been claiming that the country's tradition of eating dogs is becoming an international embarrassment, while advocates of dog meat said people should have freedom to choose what they eat. South Korea has the Animal Protection Law intended mainly to prevent the cruel slaughter of dogs and cats but not dog consumption itself. A recent poll from Realmeter showed 48.9 per cent of people were opposed to banning dog meat consumption by law, while 38.6 per cent supported enacting a law to ban dog meat. /IANS

Bengaluru, Dec 25 : Karnataka High Court has granted interim approval to a woman for holding prayers at her residence in Udupi district of Karnataka on Friday. The lady from Udupi, Esthela Louie […]

Mumbai, Dec 25 : Actress Alia Bhatt hosted a get-together on Christmas Eve and it was attended by her beau Ranbir Kapoor and his mother Neetu Kapoor. The dinner was also attended by filmmaker Ay […]