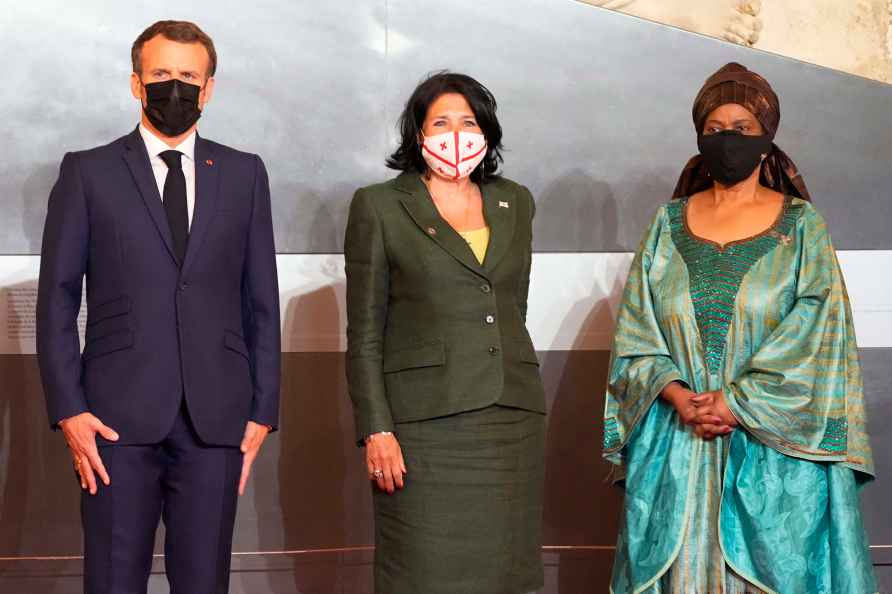 New Delhi, Nov 18 : Under the global theme "Orange the World: End Violence against Women Now!", the United Nations is marking the 16 days of activism against gender-based violence from November 25 to December 10. Since the outbreak of Covid-19, emerging data has shown that all types of violence against women and girls, particularly domestic violence, have intensified and that the world was unprepared to respond to its rapid escalation. A new UN Women report based on survey data from 13 countries to be published on November 24 shows that Covid-19 has eroded women's feelings of safety, both at home and in public space, with significant negative impact on their mental and emotional well-being. In addition, the current global context of violent conflicts, humanitarian crises and increasing climate-related disasters have further intensified violence against women, ringing alarms on the need to urgently act on this scourge. However, there is also evidence that ending violence against women and girls is possible, with a comprehensive approach that tackles the root causes, transforms harmful social norms, provide services for survivors and ends impunity. The Generation Equality Forum has created unprecedented momentum and commitments to prevent and eliminate violence against women and girls. The International Day for the Elimination of Violence against Women commemoration reminds us that we all have a role to play to achieve a brighter future free from violence. The official UN commemoration event will take place on November 24 from 10 a.m to 11.30 a.m. ET. The participants include, among others, UN Secretary General Antonio Guterres, Under Secretary General and UN Women Executive Director Sima Bahous, UN Women Goodwill Ambassador Cindy Bishop and UN Special Rapporteur on Violence against Women, its Causes and Consequences, Reem Alsalem. Leaders and commitment makers of the Action Coalition on Gender-based Violence and representatives from the NGO Women for Afghan Women, Afghanistan and MOFEDGA, Haiti, will also participate. The event will be hosted by Generation Equality Youth Taskforce Member, Shantel Marekera and will count on the performances of MC Soffia from Brazil and the Roma girl band "Pretty Loud" from Serbia. /IANS

Kochi, Dec 20 : The Kerala High Court, which has been hauling up police and the government over their inaction in a false theft case against an 8-year-old girl, on Monday refused to accept the report […]

Hyderabad, Dec 20 : Telugu star Nani has posted a new video with his adorable son Arjun, which has now gone viral. As seen in the video shared by the 'Shyam Singha Roy' star, Arjun enjoys a happ […]

Winter: Blankets on sale in Ranchi