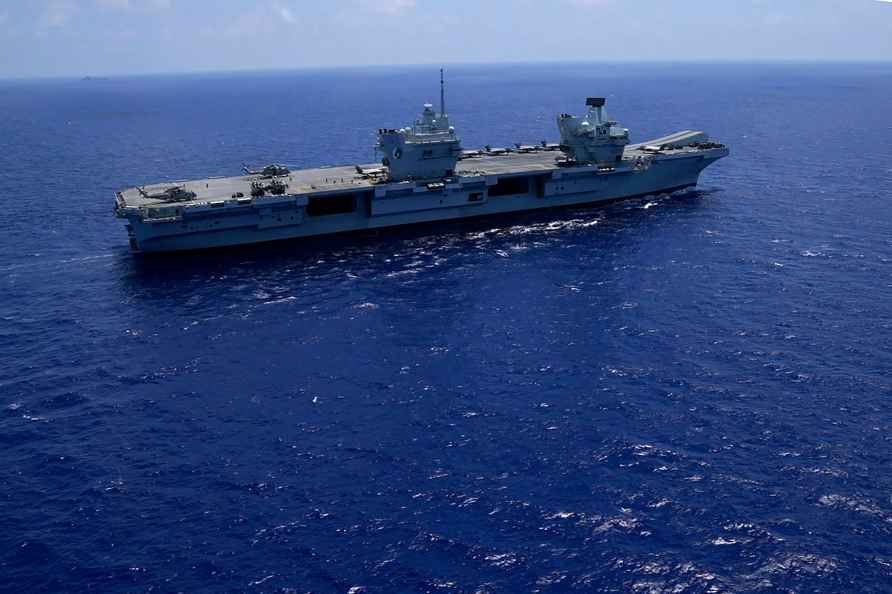 London, Nov 18 : A British F-35 fighter jet has crashed into the sea during a routine operation in the Mediterranean, the country's Ministry of Defence has said. The pilot ejected and returned safely to the royal navy aircraft carrier HMS Queen Elizabeth, the Ministry said on Wednesday. The incident happened at 10:00 GMT over international waters and hostile action is not thought to have been involved, it added. An investigation has begun and would likely focus on potential technical or human error, reported the BBC. There are eight British F-35 jets on the carrier and 12 from the US Marine Corps, Xinhua news agency reported. The supersonic fighters, which cost 92 million pounds (about $124 million) each and are built by the US firm Lockheed Martin, are based at RAF Marham in Norfolk, according to the BBC. /IANS

Iran, Oman stage joint naval exercise
Tehran, Dec 18 : The Iranian and Omani naval forces have launched joint exercises in the Sea of Oman and Strait of Hormuz, the Tasnim news agency has

Chennai, Dec 18 : Actress-politician Khushbu Sundar has welcomed the Union Cabinet's decision to raise the legal age of marriage for women from 18 to 21. On Sunday, the actress took to social me […]

S.S. Rajamouli: Conflict in 'RRR' is not between heroes and villains but the heroes themselves

By Manigandan K.R. Chennai, Dec 18 : Ace director S.S. Rajamouli needs no introduction. With an outstanding ability to translate exactly on screen what he envisages in his powerful and brilliant mi […]

Panaji, Dec 18 : One could say that the seeds of revolution, which eventually freed Goa from 451 years of Portuguese colonial rule were sown in Berlin in the 1920s. Ram Manohar Lohia, a young ma […]