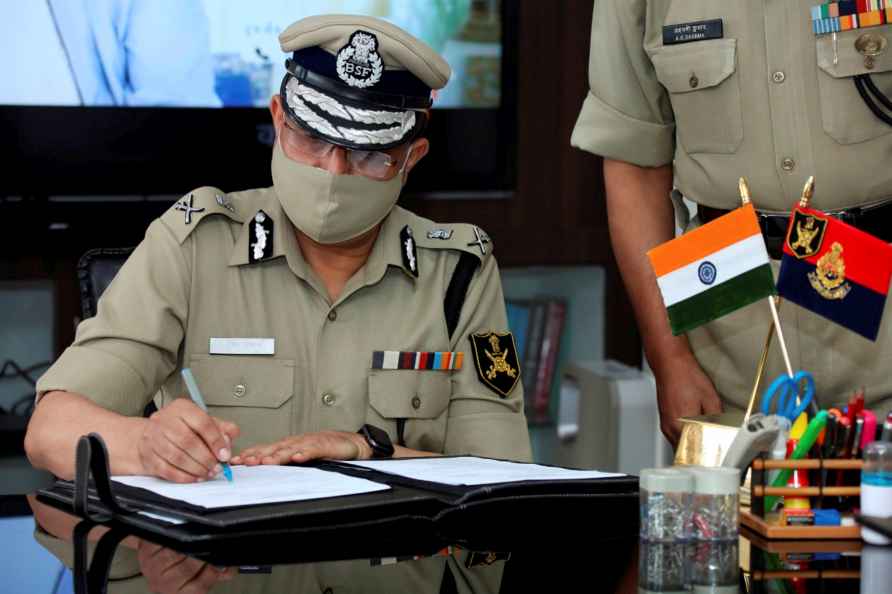 New Delhi, Nov 16 : Sheel Vardhan Singh on Monday assumed charge as the Director General of Central Industrial Security Force (CISF). Singh became the 29th Director General of the central force, which provides security to the important installations in the country, besides providing VVIP security. Singh, a 1986 batch IPS officer of Bihar cadre, was the Special Director in the Intelligence Bureau prior to this appointment. Singh joined the Indian Police Service in 1986 at the age of 23 and during his career spanning 35 years, he has held many important positions. As part of his central deputation, Singh has served in the Ministry of External Affairs at the Indian High Commission in Dhaka, and later on on his deputation in the Intelligence Bureau, he served as the Additional Director and Special Director. He has been decorated with the President's Police Medal for meritorious service in 2004 and President's Police Medal for distinguished service in 2010. National Security Guard (NSG) DG, M.A. Ganapathi, was holding additional charge of the CISF till now. The post of DG fell vacant after former DG Subodh Kumar Jaiswal was appointed as the Director of the Central Bureau of Investigation (CBI) in May 2021. /IANS

6 terrorists killed in 48 hours in Kashmir security operations
Srinagar, Dec 26 : The killer of a police official was among the six terrorists neutralised in the last 48 hours in four anti-terrorist operations in

Terrorist killed in encounter at Anantnag in J&K
Srinagar, Dec 26 : One terrorist has been killed in an encounter between terrorists and security forces at Srigufwara area in South Kashmir's Anantnag

Bengaluru, Dec 29 : Bruhat Bengaluru Mahanagara Palike (BBMP) authorities are taking up all required preparations for a mega drive to vaccinate about 5 lakh children in the 15-18 age group against Cov […]

New Delhi, Dec 29 : Delhi residents on Thursday woke up to moderate fog, a day after the national capital received rainfall amid the biting winter, while the Air Quality Index (AQI) improved to the 'm […]

New Delhi, Dec 29 : Financial intelligence teams probing the recovery of around Rs 200 crore during raids in Kanpur-Kannuj have now found that perfume and compound businessman Piyush Jain has links ac […]