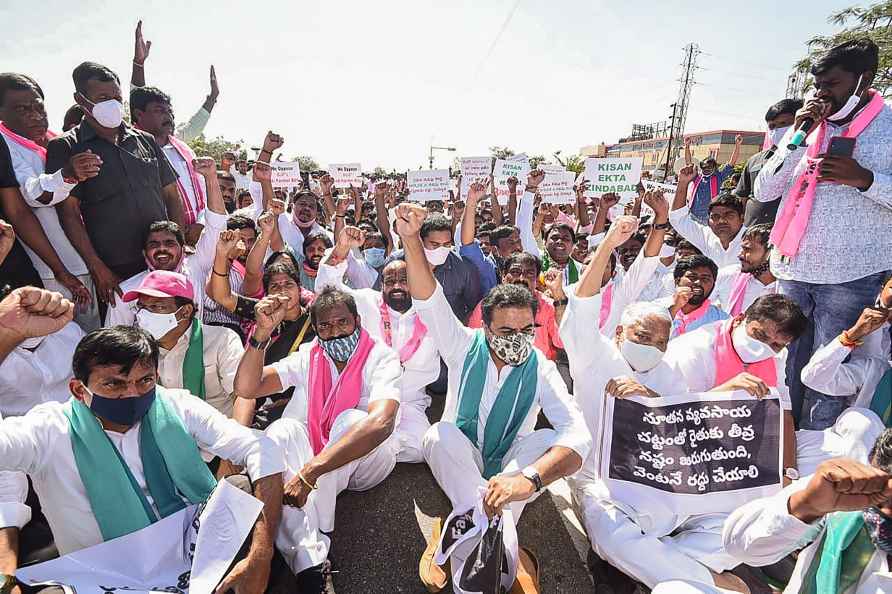 Hyderabad, Nov 15 : Telangana Rashtra Samithi (TRS) working president K.T. Rama Rao on Monday condemned attempts to glorify Nathu Ram Godse, the killer of father of the nation, Mahatma Gandhi. He described this as an insult to the great man who the entire world idiolises. "To insult a great man who the entire world idolises; to desecrate the image of the father of our nation and extolling the virtues of the murderer!!," he tweeted in response to tweet by a TRS functionary, who wondered who were the people trending 'Godse Amar Rahe'. "Wonder what/whose version of history leads to this kind of lunacy & idiocy? Shame on all those who condone this atrocity tacitly," tweeted Rama Rao, who is also a minister and son of Chief Minister K. Chandrasekhar Rao. KTR, as the minister is popularly known, wrote on the micro blogging site while reacting to the tweet of a TRS leader who questioned those glorifying Godse. "Who are those people who are trending Godse Amar Rahe???? Which party do they belong to? Long Live the man who killed Gandhi ji ? Isn't it an insult??," asked K. Krishan. Krishan was apparently referring to several tweets hailing Godse on his death anniversary. Godse was hanged on November 15, 1949 for assassinating Mahatma Gandhi. /IANS

Battle for UP: Babita Phogat booked for Covid, poll code violation
Baghpat (UP), Jan 25 : Wrestler Babita Phogat and BJP candidate from Baghpat, Krishanpal Malik, have been booked along with around 60 others for flout

Baghpat (UP), Jan 25 : Wrestler Babita Phogat and BJP candidate from Baghpat, Krishanpal Malik, have been booked along with around 60 others for flouting the poll code in Baghpat. They were book […]

Seoul, Jan 25 : South Korea's economy is estimated to have grown 4 per cent in 2021, marking the highest growth rate in 11 years, central bank data showed on Tuesday. The growth was higher than […]