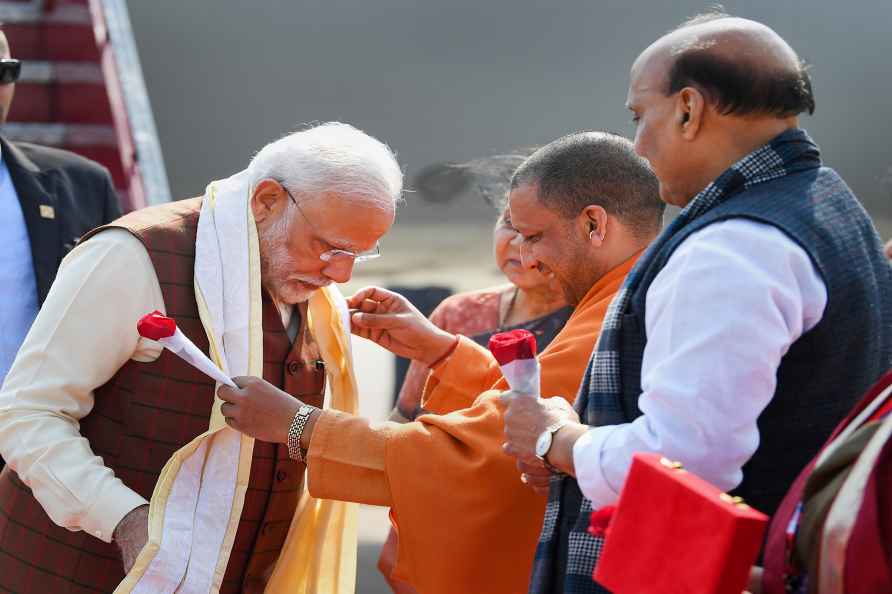 Lucknow, Nov 15 : Prime Minister Narendra Modi will inaugurate the Purvanchal expressway at Sultanpur on Tuesday. Chief Minister Yogi Adityanath will also be present during the function. The Prime Minister will reach Sultanpur on November 16 at around 2 p.m. He will be here for 1 hour 45 minutes. During this, he will address a public meeting and witness a 45-minute air show. Air Force fighter planes will also land on the Purvanchal expressway at the event. Under the 'touch and go' operation, the fighter planes will touch the expressway and take off. Sukhoi, Mirage, Rafale, AN 32 will be included in the air show. Meanwhile, tight security arrangements have been made for the Prime Minister's visit. Governor Anandiben Patel, Defence Minister Rajnath Singh, Textiles Minister Smriti Irani, Adityanath, union ministers Dharmendra Pradhan and Anurag Thakur, BJP MPs Lallu Singh and Maneka Gandhi will attend the function. Additional Chief Secretary Avanish Awasthi said that the Purvanchal expressway is the biggest project of the state. Despite two waves of Covid, it was completed in 36 months. He said that industrial corridors will be built on both sides, which will have machinery, food processing and dairy-milk development. This will generate employment for the local people. Significantly, the expressway will connect the state capital Lucknow with the eastern districts, including Mau, Azamgarh, Barabanki with links to major cities of Prayagraj and Varanasi. The 341-km Purvanchal expressway will originate from Chandsarai village on the Lucknow-Sultanpur highway. It will pass through Barabanki, Amethi, Sultanpur, Faizabad, Ambedkar Nagar, Azamgarh, Mau and terminate at Haldaria village in Ghazipur district. The six-lane expressway will be expandable up to eight lanes. It will also reduce the travel time from Lucknow to Ghazipur from 6 hours to 3.5 hours. This journey will be free for some days now. The work of collecting toll tax will be given to the private company later. /IANS