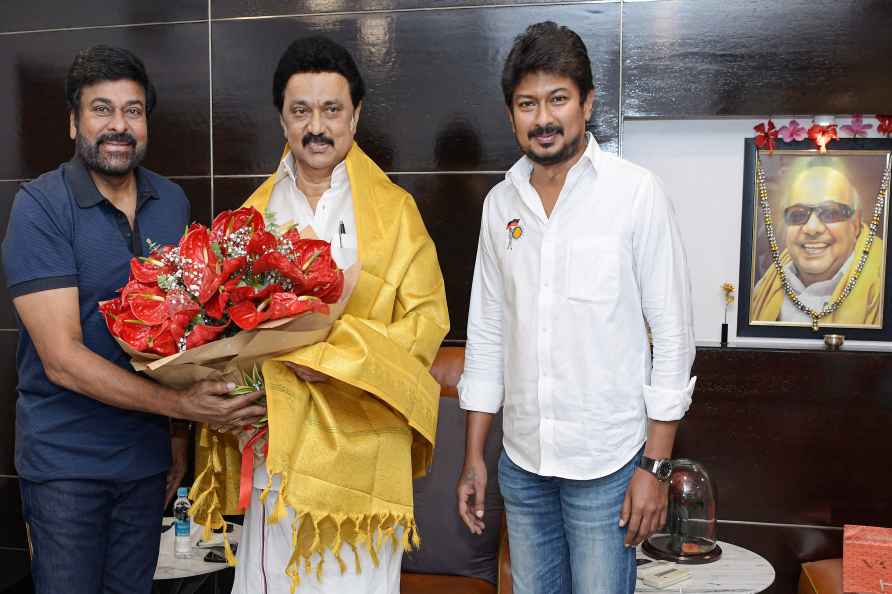 Chennai, Nov 15 : Tamil Nadu Chief Minister M.K. Stalin has urged the Central government to come out with a viable policy on harnessing offshore wind energy. Speaking at the Southern Zonal Council meeting held in Tirupathi on Sunday, Stalin said the state has huge potential to harness offshore wind energy. "However, we are yet to get a green signal from the Central government to go ahead with our projects. Many international organisations are keen to establish partnerships with our government," he added. "Therefore, we request the Union government to come out with a viable policy in this regard at its earliest," the Tamil Nadu Chief Minister said. According to him, Tamil Nadu has been a pioneer in promoting renewable energy sources which are eco-friendly and non-exhaustive. The state is blessed with hot weather, vast coastline and strong wind potential that are yet to be fully exploited to meet its energy requirement. Tamil Nadu has signed several agreements to use this potential and maximise the returns. With regard to the transfer of railway land for the metro rail project, Stalin said it should be done on a permanent basis. "The transfer must be with full surface rights without any restriction when 99 per cent of the market value is charged, as is being done by other Central government departments or agencies for underground tunneling work below their land," the Tamil Nadu Chief Minister added. "If the full surface rights are not given, then only nominal or token value should be charged for restricted rights. In underground tunneling, even for depth less than 15 metres, only the nominal fee as track rent should be charged. When the surface is not affected and no surface rights are given, it is totally unreasonable to charge any such amount," he said. According to Stalin, instructions have been given to sensitise and create awareness among the fishermen to carry documents, identity cards and QR-based Aadhaar cards. The field officers are randomly checking the presence of biometric cards or Aadhaar cards, boat registration certificates while venturing into the sea. During the patrolling, the Indian Coast Guards, Marine Enforcement wing or Coastal Security officials are also verifying the presence of QR-based Aadhaar cards of the fishermen at sea, the Tamil Nadu Chief Minister added. /IANS

Coup attempt foiled in Mali
Bamako, May 17 : A coup attempted by "a small group of anti-progressive Malian officers and non-commissioned officers" earlier this month was foiled,

Yogi to prepare youth for calamity management
Lucknow, May 17 : The Yogi Adityanath government in Uttar Pradesh is planning to prepare the youth to deal with natural calamities. The governme

New Delhi, May 17 : The All India Trade Union Congress (AITUC) has submitted a detailed memorandum to Goa Chief Minister Pramod Sawant along with the members of the Legislative Assembly demanding imme […]

New Delhi, May 17 : India's wholesale inflation gauged by the Wholesale Price Index rose to 15.08 per cent in April from 14.55 per cent in March, official data showed. The WPI inflation was 10.7 […]

Bamako, May 17 : A coup attempted by "a small group of anti-progressive Malian officers and non-commissioned officers" earlier this month was foiled, a spokesperson for the West African country said. […]

Anubhav Sinha's next production is a coming of age film