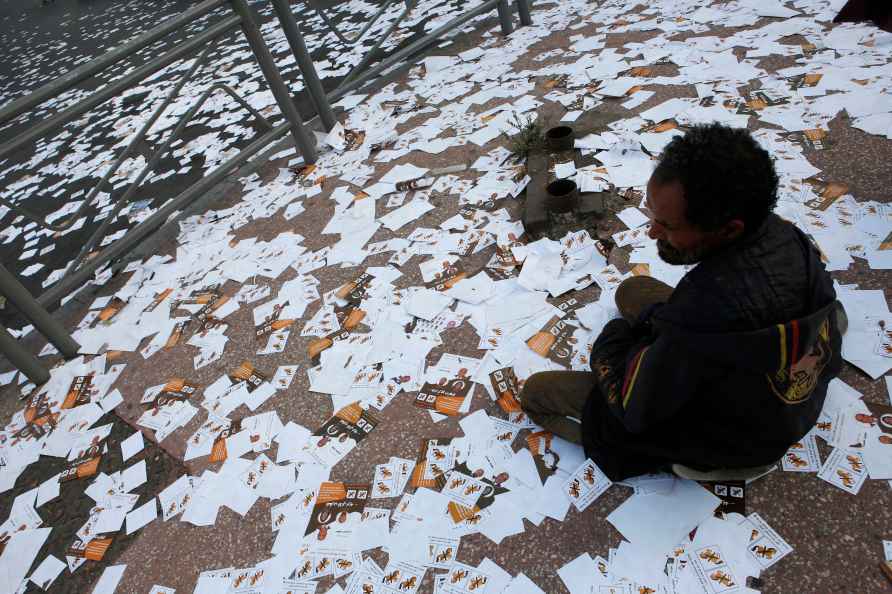 Jerusalem, Nov 12 : Credit rating agency Fitch Ratings has said the recent Israeli budget approval eases political and fiscal risks to the country's economy. "The Israeli passage of budgets for 2021 and 2022 affirms the government's capacity to advance legislation," the company added. "The budget approval is in line with our expectations when we affirmed the sovereign rating at A+ with a stable outlook in July 2021," it said. Following Fitch's announcement, Israeli Finance Minister Avigdor Lieberman said "the approval of the state budget for the first time since 2018 has ensured the stability of the government for the coming years." He added that the structural reforms in the new budget will support sustainable growth alongside maintaining fiscal frames, Xinhua news agency reported. The Israeli Parliament passed the 2021 and 2022 state budget last week after marathon votes. The approval by the Parliament was the first of its kind since 2018 when Israel entered a prolonged political crisis, during which Israel witnessed four election campaigns and had to run under an interim budget. /IANS

S.Korean won dips to over 13-yr low
Seoul, Sep 14 : The South Korean currency, won, on Wednesday tumbled below the 1,390 mark against the greenback for the first time in over 13 years as

Los Angeles, Sep 14 : Hollywood star Ryan Reynolds had an "extremely subtle polyp" removed in a "potentially life-saving" colonoscopy. The 'Deadpool' actor, 45, underwent the procedure with his […]

Los Angeles, Sep 14 : Hollywood star Leonardo DiCaprio and supermodel Gigi Hadid have fuelled speculation that they're in a relationship. The 'Titanic' star and the supermodel were spotted getti […]

28 kids injured as dumper rams into UP school bus

Mahoba (Uttar Pradesh), Sep 14 : Twenty-eight school children were seriously injured when a speeding dumper rammed into their school bus in Mahoba district on Wednesday morning. All the children […]

Seoul, Sep 14 : The South Korean currency, won, on Wednesday tumbled below the 1,390 mark against the greenback for the first time in over 13 years as the higher-than-expected inflation data in the US […]