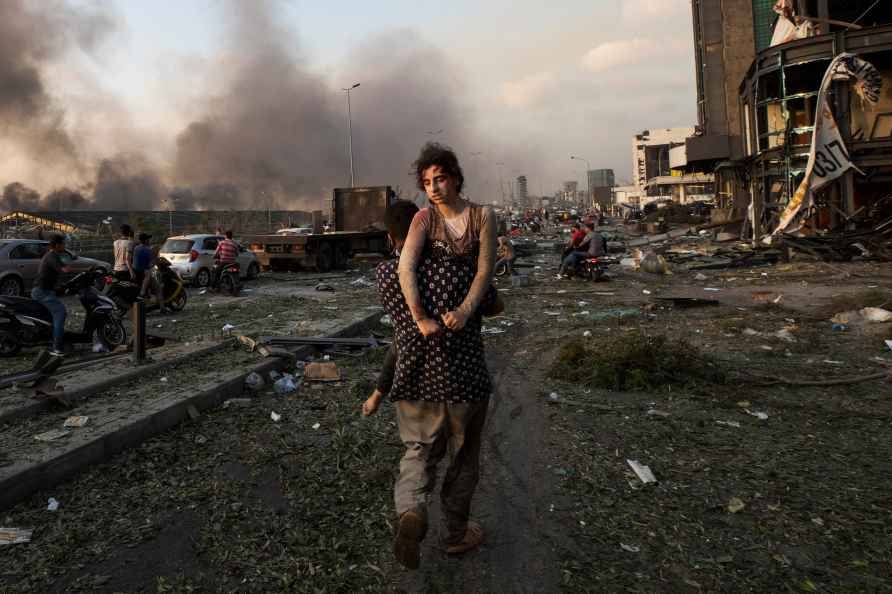 Houston, Nov 7 : The investigation into the stampede leaving at least eight people dead and many others injured at the Astroworld Festival in Houston, US state Texas, has been underway, Houston Mayor Sylvester Turner said on Saturday afternoon. "This incident is being thoroughly investigated and reviewed thoroughly. It is important for us to ascertain from last night what took place, what happened, where missteps may have occurred," Turner added at a press conference. Seven of the eight dead aged from 14 to 27-years-old, said the Mayor. The eighth victim's age is not yet available at that time. No one has been reported missing from the concert held late Friday evening, Xinhua news agency reported. Up to 25 people had been transported to the hospital following the incident, and 13 of them were still being hospitalized, including five people under the age of 18, according to the Mayor. The patients also included a 10-year-old child who was in critical condition, according to media reports. "Organizers held the event to bring people together for music, but it sadly ended in tragedy," the Houston Mayor said on Twitter. Investigators will review video from the scene and look at how the venue was laid out and whether it had enough exit points so as to explore "what caused, one, the issue of the crowd surge, and two, what prevented people from being able to escape that situation," said Chief of the Houston Fire Department, Samuel Pena. "The crowd began to compress towards the front of the stage and that caused some panic and it started causing some injuries," Pena told a press briefing early Saturday morning. The tragedy occurred just after 9 p.m. CT as rapper Travis Scott was on stage at the sold-out outdoor music festival with about 50,000 attendees on Friday night. Video from the event showed Scott paused and looked on in confusion during the performance as an ambulance with flashing lights moved into the densely packed crowd. "The crowd was squishing me so much that I felt like I couldn't breathe," Emily Munguia, 22, told CNN. "I started screaming for help ... I felt so scared, like I was going to die." "I'm absolutely devastated by what took place Friday night. My prayers go out to the families and all those impacted by what happened at Astroworld Festival," Scott tweeted on Saturday. More than 300 people were treated at a field hospital set up near the festival, Pena said earlier on Saturday. The cause of deaths are pending the medical examiner's determination, according to city officials. The second night of the concert was cancelled in the wake of the incident. The Astroworld music festival began in 2018 and was cancelled in 2020 due to the Covid-19 pandemic. Houston, the most populous city in the US state of Texas, is also the principal city of the Greater Houston metropolitan area. /IANS

Fire breaks out in Delhi's Hari Nagar, 22 rescued
New Delhi, Jan 19 : A fire broke out at a four-storey residential building in the Hari Nagar area of the national capital on Wednesday following which

San Francisco, Jan 19 : Popular social media app Snapchat is changing its friend recommendation feature following calls for increased safety on the app. The company is making it harder for adult […]

Chennai, Jan 19 : The unit of director Anil Ravipudi's eagerly-awaited fun-filled entertainer 'F3', featuring actors Venkatesh and Varun Tej in the lead, on Wednesday announced that they were advancin […]

Bhopal, Jan 19 : Three siblings have been booked on the charges of cow trafficking in Madhya Pradesh's Rewa district, police said on Wednesday. A group of people (all belonging to Hindu communit […]

To not have Taylor at first slip or in dressing room will be slightly different: Latham

Auckland, Jan 19 : New Zealand opener Tom Latham said it will be slightly different to not see Ross Taylor at first slip or dressing room in the Test team. At the same time, he added that Taylor's ret […]