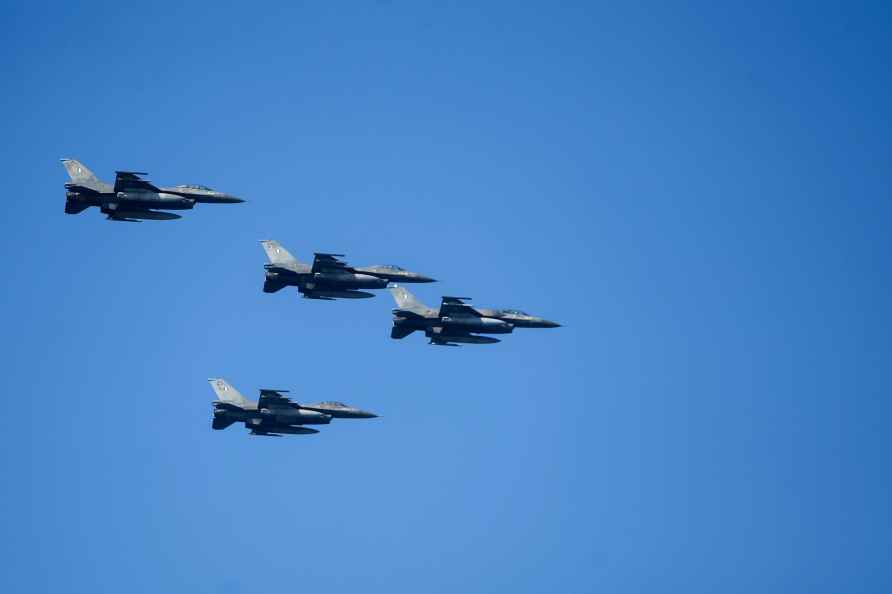 Thessaloniki : Hellenic Air Force F-16 take part at the annual military parade at the northern port city of Thessaloniki, Greece, on Thursday, Oct. 28, 2021. The parade is held to celebrate Greece's refusal to align itself with a belligerent fascist Italy in 1940 and instead fight a much stronger opponent, a decision which dragged it into World War II and eventually led to a brutal occupation by Nazi Germany. /AP-PTI