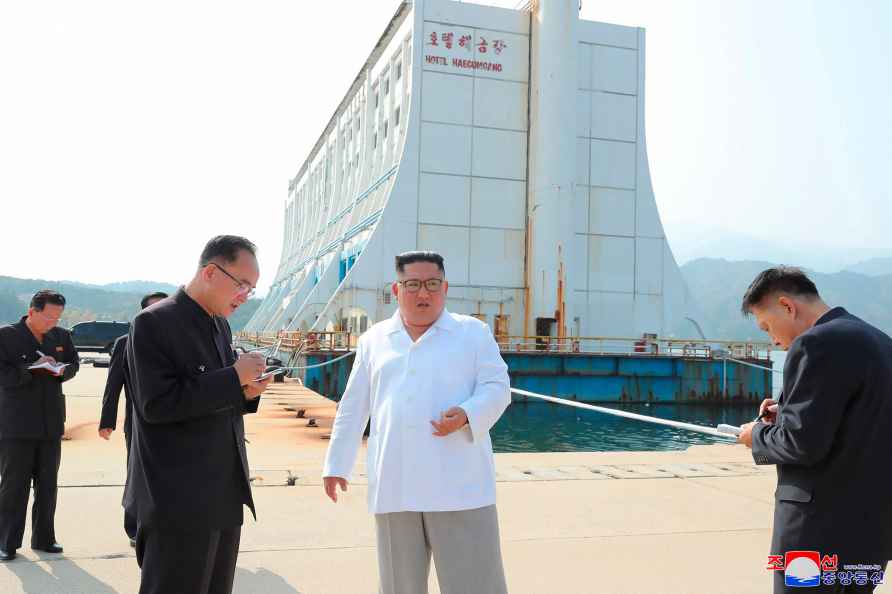 Seoul, Oct 28 : North Korea has completed building 1,000 more houses in the northwestern city of Samjiyon near the border with China, state media reported on Thursday, as part of a major development project under way at the birthplace of leader Kim Jong-un's late father. "Shock brigade" members of the 216 Division "made the shining achievements of concluding the construction of all the dwelling houses they were tasked to fulfil", according to Pyongyang's official Korean Central News Agency (KCNA). Developing the city has been one of Kim's pet projects since taking office in late 2011, Yonhap News Agency quoted the KCNA report as saying. Samjiyon is located at the foot of Mount Paekdu, the highest peak on the Korean Peninsula, and known to be the birthplace of Kim's late father and former leader Kim Jong-il. The mountain is regarded as a sacred place where his late grandfather and state founder Kim Il-sung staged an anti-Japanese fight during the 1910-45 colonial rule. /IANS

EU, Russia, Iran optimistic after resumption of nuclear talks
Vienna, Nov 30 : Diplomats from EU, Russia and Iran in Vienna expressed optimism amid a fresh round of Iran nuclear talks aimed at reviving the 2015 n

Istanbul, Nov 30 : The death toll in a powerful southwest wind storm in Turkey's largest city Istanbul increased to four, the Istanbul Governor's Office said in a statement. At least 19 citizens […]

New York, Nov 30 : The US dollar rose in late trading as investors' concern over Covid-19 variant Omicron recedes. The dollar index, which measures the greenback against six major peers, rose 0. […]

Washington, Nov 30 : US Democrats in the House of Representatives are considering proposing a new stopgap spending measure that would keep the federal government funded through mid-to-late January, lo […]

Washington, Nov 30 : The recent rise in Covid-19 cases and the emergence of the Omicron variant pose downside risks to US employment and economic activity and increased uncertainty for inflation, Fede […]