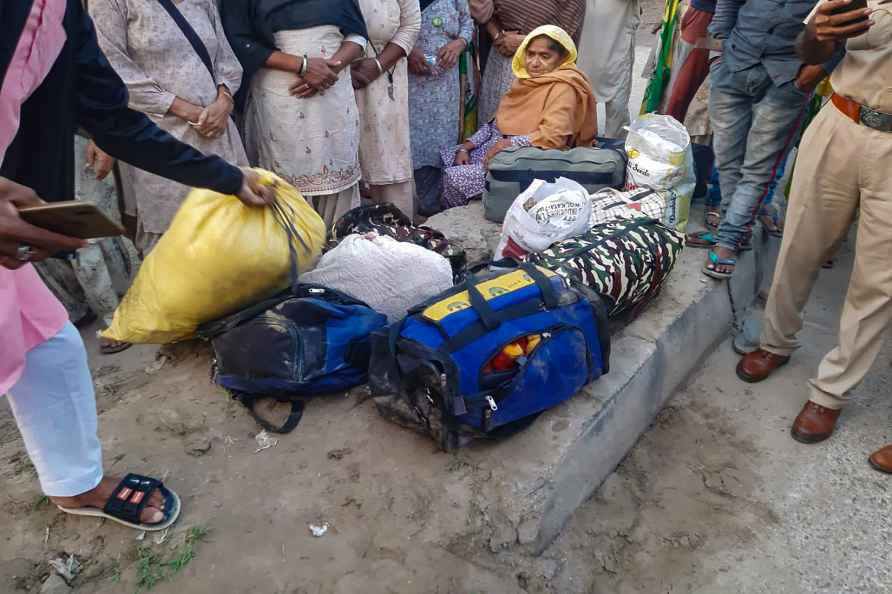 [**EDS: IMAGE POSTED BY @mssirsa** New Delhi: Three women farmers from Mansa were crushed to death by a truck near the farmers' agitation site at Tikri border in New Delhi, Thursday, Oct 28, 2021. ( /PTI] New Delhi, Oct 28 : Three females farmers from Punjab died on Thursday after a speeding truck rammed into them near the protest site at Tikri border, police said. Two other women farmers were also injured in the accident which took place at around 6 a.m. The speeding truck ran over a divider and hit the women as they were waiting for an auto to return to their villages. According to the police, two of the victims were killed on the spot, while the third died in a hospital. The truck driver managed to escape following the accident. With the death of the three women farmers, a total of 700 farmers have died so far in the farmers protests that started in September 2020. /IANS

Healthcare in India: Miles to go ahead to realise the dream
[New Delhi: A health worker conducts COVID-19 testing of a woman amid concern over a third wave of the coronavirus pandemic in India, in New Delhi, Su

New Delhi, Jan 2 : The Ministry of Jal Shakti has said that during 2021, under the Aquifer Mapping programme, an area of 18.4 lakh sq km out of the total 25 lakh sq km area identified for mapping in t […]

New Delhi, Jan 2 : Three officials from the Uttarakhand State Disaster Management Authority (USDMA) and one from the Rural Development Department of the state government have been served a showcause n […]