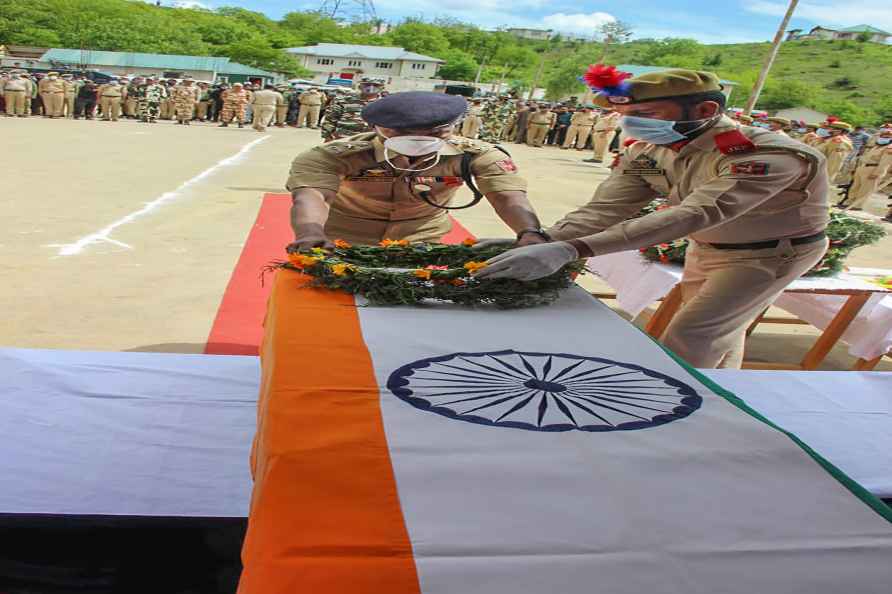 Srinagar, Oct 28 : A terrorist who was killed in an encounter with the security forces at Cherdari in North Kashmir's Baramulla district has been identified, police said on Thursday. "The dead terrorist is a hybrid type, identified as Javed Ah Wani of Kulgam district. He has assisted terrorist Gulzar (who was killed on October 20) in killing of two labourers from Bihar in Wanpoh. He was on a mission to target one shopkeeper in Baramulla," J&K Police quoting IGP Kashmir Vijay Kumar said. According to the police, the terrorists fired upon an army and police party which triggered the encounter. Arms and ammunition, including one pistol and a grenade, was recovered from the possession of the slain terrorist. /IANS

United Nations, Dec 3 : The UN and partners are conducting needs assessments while distributing aid across Afghanistan, one of the world's greatest emergencies, UN humanitarians said on Thursday. […]

Paris, Dec 3 : No data shows that the Omicron variant would be more resistant to Covid-19 vaccines, French Prime Minister Jean Castex has said in Angouleme, southwest France. "No consolidated da […]

Berlin, Dec 3 : Germany has announced it will introduce stricter rules for unvaccinated people, in order to fight the fourth wave of Covid-19 infections in the country. The so-called 2G rules, a […]

New Delhi, Dec 3 : An academic from a prestigious laboratory at Ahmedabad is examining the role of enhancing ocean alkalinity for removing atmospheric carbon dioxide to tackle global climate change pr […]