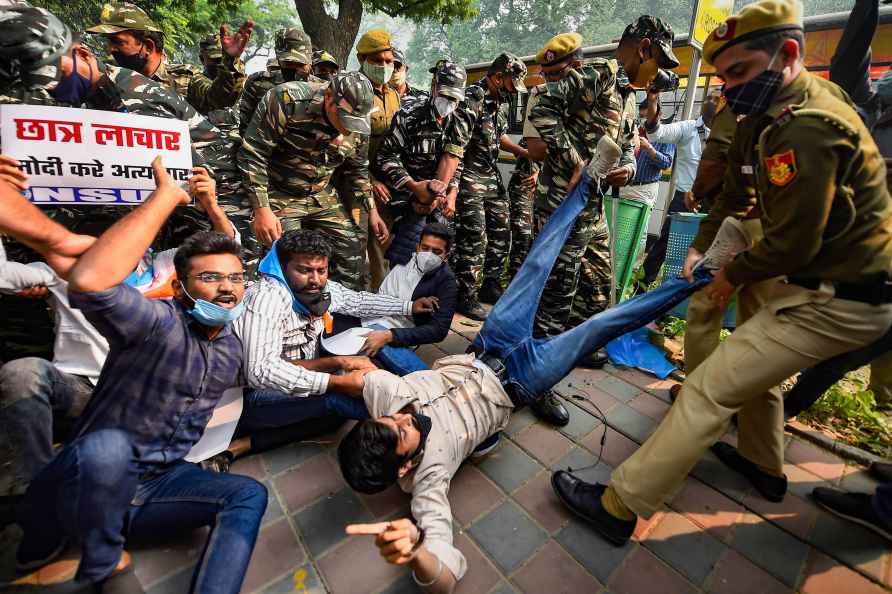 New Delhi, Oct 28 : A retired professor couple of Delhi University committed suicide by hanging from a steel pipe, police said. Delhi Police has also recovered two separate suicide notes near their bodies. Professor Rakesh Kumar Jain, 74 and his wife Usha Jain, 69, were found hanging at their residence in Kalkaji Extension of Govindpuri area in Delhi on Wednesday. According to suicide notes, the couple were fed up with being bedridden for a prolonged period of time. Recently they had multiple fractures due to accident, and were bedridden. Their daughter informed Delhi Police about the incident. The incident came to light when a caretaker knocked on the door of the house at around 2.30 p.m. on Wednesday, but due to no response, he informed their daughter Ankita who rushed to the spot. They broke the lock of the door, and saw the couple hanging from the steel pipe, police said. The police handed over the bodies to the relatives after conducting post-mortem but said investigation will continue. /IANS

Seoul, Nov 27 : South Korean tech giant Samsung has launched a new Galaxy A03 that will come in a few configurations including 3GB+32GB, 4GB+64GB and 4GB+128GB options. The smartphone offers a 6 […]