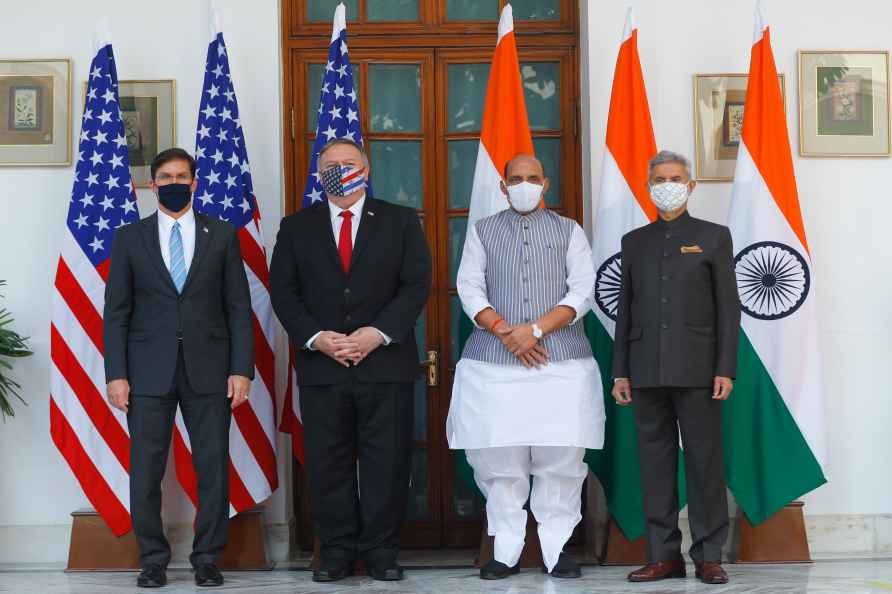 New Delhi, Oct 26 : Novartis has launched a strategic review of the Sandoz division, the company said Tuesday. All options are on the table, including retaining the business and separation, Fierce Pharma reported. A decision won't happen overnight; Novartis said it plans to offer an update on the review by the end of next year. The company has previously tried to offload the under-pressure US oral solids business, together with a dermatology franchise, to India's Aurobindo Pharma for about $1 billion. But the two had to abandon the sale last Spring after hitting an antitrust review setback with the US Federal Trade Commission, the report said. Sandoz has faced industrywide pressure on generics drug pricing, especially in the US, since around 2017. In the first nine months of 2021, Sandoz's sales in the US declined 17 per cent, while the whole unit's haul dropped 4 per cent year over year at constant currencies to $7.11 billion, the report said. Novartis' solution for the franchise focuses on biosimilars and complex generics. Last month, Sandoz in-licensed a copycat referencing Roche's anti-VEGF drug Avastin from China's Bio-Thera Solutions. The firm is also in late-stage development of a biosimilar to Regeneron's top-selling VEGF inhibitor Eylea for eye diseases. But its launch of a biosim version of Amgen's TNF inhibitor Enbrel has been significantly delayed after legal defeats, the report said. Sandoz plans to launch six biosimilar products across the US and EU in the next few years, and it has about 15 biosim programs internally or through partnerships, Sandoz CEO Richard Saynor told investors during a call Tuesday. Novartis' goal is to make Sandoz a leading player in the generics market with stable sales growth at mid-single digit and profit margins around mid- to high-20 per cent. In the third quarter, Sandoz's profit margin reached 23.8 per cent, decreasing 3.4 percentage points. As part of making Sandoz an autonomous unit within the group, Novartis has done some housekeeping work in the past few years. Sandoz's manufacturing operations have separated from the group's, Novartis CEO Vas Narasimhan told investors in April. /IANS

Let's wait for WHO on Covaxin, SC on plea for re-vaccination by Covishield
New Delhi, Oct 29 : The Supreme Court on Friday said it will wait for the WHO's decision on indigenous vaccine Covaxin's recognition, before taking up

DMK, BJP in war of words after Nadda dubs former a 'dynasty' party

By Arun Lakshman Chennai, Nov 28 : The BJP and the DMK have got into a spat after the national president of the saffron party, J.P. Nadda termed the DMK a 'Dynasty party. The DMK retorted with the […]

Jaipur, Nov 28 : After gaining global recognition with the Jaipur Foot which helped physically disabled people realise their dream to stand on their feet, the Pink City is garnering worldwide acclaim […]

By Nishant Arora New Delhi, Nov 28 : With India preparing to introduce the much-awaited Cryptocurrency and Regulation of Official Digital Currency Bill, 2021, in the Winter Session of the Parliamen […]

How alliances turned Congress into a nonentity in UP

Lucknow, Nov 28 : It is not that their horoscopes do not match and neither is there any clash of egos between the leaders but for the Congress in Uttar Pradesh, alliances have always spelt trouble and […]