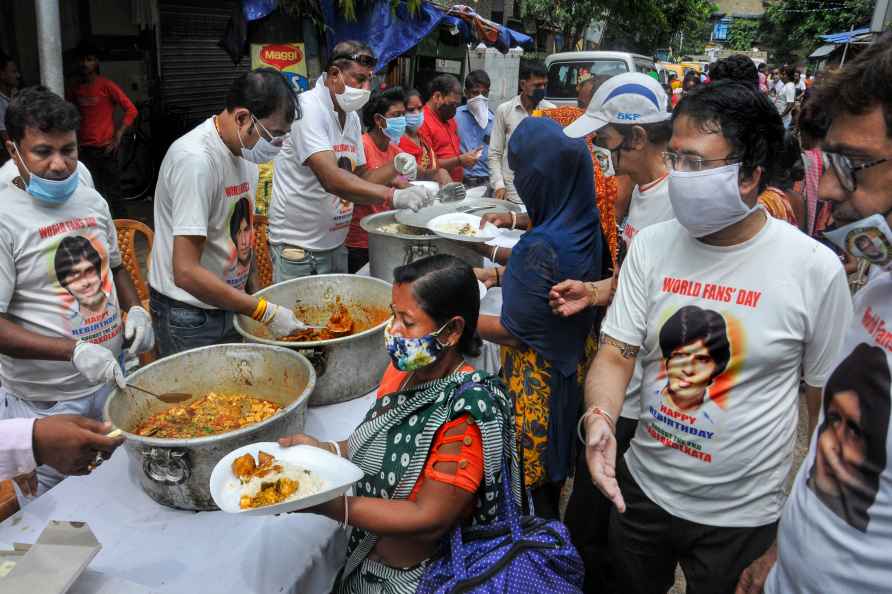 Mumbai, Oct 26 : Bollywood actor Rajkummar Rao shared his feelings after watching the film 'Agneepath', especially when Amitabh Bachchan's character 'Vijay' died in the movie. He will be seen as a special guest along with Kriti Sanon in the 'Shaandaar Shukravaar' episode of 'Kaun Banega Crorepati 13'. Rajkummar shares: "As a child when I was watching 'Agneepath' and when the movie ends where your character, 'Vijay' dies. Sir, after the film got over, I ran into my room and I covered my face with the pillow and started crying loudly." "As I was convinced that Amitabh Bachchan had died and I was telling God, 'How can this happen, please bring back Amitabh Bachchan, God. How can God do this, he can't die. Then my mother came and told me that this is just a film and it's not real," he concludes. Apart from this Kriti Sanon will be seen going down on her knees to propose to Amitabh Bachchan followed by ballroom dancing. 'Kaun Banega Crorepati's 'Shaandaar Shukravaar' will air on October 29 on Sony Entertainment Television. /IANS

Sanjay Mishra excited for his two digital film releases on New Year's Eve
Mumbai, Dec 30 : As two of his films - 'Waah Zindagi and 'Turtle' - are releasing on OTT on Friday, actor Sanjay Mishra says it couldn't have been mor

Manish Goel: I went behind the camera, learnt the process of filmmaking in 2021
Mumbai, Dec 30 : Actor Manish Goel, who was previously seen in 2020 in the show 'Hamari Wali Good News' playing the role of Dr Raghav Sharma, says in

Lara Dutta loved the opportunity of working with Naseeruddin Shah
Mumbai, Dec 30 : Actress Lara Dutta is over the moon on sharing the screen with veteran star Naseeruddin Shah in the series 'Kaun Banegi Shikharwati'.

Jammu, Jan 1 : The authorities on Saturday announced helpline numbers for families and friends of devotees of Mata Vaishno Devi Shrine where 12 people died and 14 injured in a stampede. The help […]

Police to conduct DNA test of a militant killed in Anantnag encounter as he resembles ultra involved in 2019 Pulwama attack: IGP Kashmir.

Police to conduct DNA test of a militant killed in Anantnag encounter as he resembles ultra involved in 2019 Pulwama attack: IGP Kashmir. […]