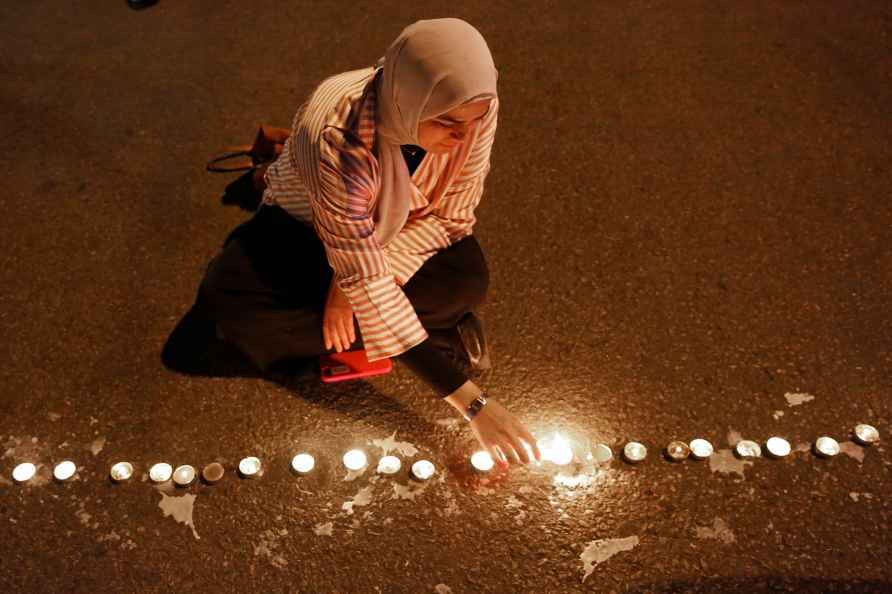 Prayagraj, Oct 26 : The newly elected president of the Akhil Bhartiya Akhara Parishad (ABAP), Mahant Ravindra Puri of Niranjani Akhara, has announced that "ABAP would put all its weight behind the Bharatiya Janata Party (BJP) to ensure its win in the UP and Uttarakhand polls and Yogi Adityanath is the chief minister again." However, this has irked many other Mahants. "Jo (political party) Ram ke sath hai, akhara parishad uske sath hai (Those who are with Ram, Akhara Parishad is with them)," said Puri, hours after his election. He further said, "Agar sanatan dharm ko bachana hai, to Yogi ko dobara lana hai (If Sanatan dharm is to be saved, then Yogi has to be brought back again)." Mahant Ravindra Puri's blatantly open support of the BJP, however, has stirred up a hornet's nest. A seer from the Baghambari Math, said, "It is unbecoming of the Akhara Parishad to announce its political preferences and has lowered the dignity of the position that he now holds. The ABAP has never behaved in this manner though everyone knows that BJP is closest to our hearts. However, we have disciples who also belong to different political parties and we are not going to discard them." Mahant Ravindra Puri's election as head of the ABAP is already mired in controversy as representatives of only seven akharas out of 13 members attended the meeting held in Prayagraj on Monday. On October 21, a meeting of another faction of ABAP was held at Haridwar, where an executive body was constituted. The meeting was attended by seven akharas -- Nirmohi, Nirvani, Digamber, Mahanirvani, Atal, Bada Udasin and Nirmal. Commenting on the split in the ranks, Mahant Ravinder Puri said, "A 'farzi' (fake) executive body has been made at Haridwar because when the general secretary had already scheduled a meeting of ABAP for October 25 at Prayagraj, why was another meeting held? It is a common practice that in case of the untimely death of the president, a member of the same akhara becomes president." Mahant Hari Giri, ABAP general secretary, said, "The new president has been elected according to the rules, law and tradition of the ABAP and those who did not come due to any reason, it is expected that they will attend the next meeting scheduled for November 25." Mahant Resham Singh of Nirmal Akhara said, "The court has recognised me as the president of Nirmal Akhara and apart from me, those who have gone to any meeting from Nirmal Akhara do not have any validity and if necessary, legal action will be taken against such people." Incidentally, representatives of Nirmal Akhara supported the second faction of ABAP, which held a meeting at Haridwar early this month. General secretary of the second faction of the ABAP, Shri Mahant Rajendra Das, said, "The election of the Akhara Parishad was held on October 21. The seers of all the akharas have got representation in the meeting and the election conducted in Shree Niranjani Akhara, Prayagraj (on Monday) is illegal and has no recognition." The Akhil Bharatiya Akhara Parishad was formed in 1954. "This is not for the first time that there has been a rift within the ABAP which has seen splits in 1974, 1984, 1998 and 2010. We had differences of opinion, but we again stood united and the same would happen again," said Hari Giri. /IANS

Moscow:Russian President Vladimir Putin lights a candle during the Orthodox Christmas mass in the Church of the Image of the Saviour Made Without Hands in Novo-Ogaryovo, outside Moscow, Russia, late T […]

EWS criteria for academic year 2021-22 for NEET-PG will be as notified, and for future it will be subject to final adjudication: SC.

EWS criteria for academic year 2021-22 for NEET-PG will be as notified, and for future it will be subject to final adjudication: SC. […]

[Milan:AC Milan's Rafael Leao challenges for the ball with Roma's Gianluca Mancini during the Serie A soccer match between AC Milan and Roma at the San Siro stadium, in Milan, Italy, Thursday, Jan. 6, […]