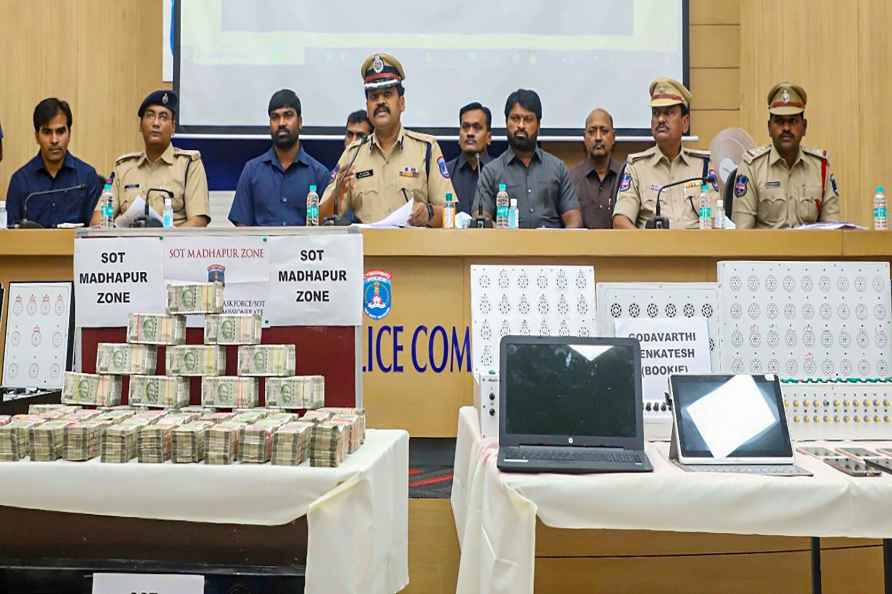 Gurugram, Oct 24 : Gurugram Police have arrested four men, who were allegedly involved in betting on a recent T20 World Cup cricket match between Australia and South Africa. The four accused were identified as Laxman (53), Satpal (31) and Pradeep (31), all residents of Delhi and Neeraj (31) of Uttar Pradesh, the Police said on Sunday. The accused were arrested by a crime branch team of Sector-17 from the DLF Phase-1 area in Gurugram after receiving a tip-off. "Following a secret information, the Police raided the spot and nabbed the accused when they were placing bets on a T20 World Cup cricket match being played between Australia and South Africa on Saturday," said Subhash Boken, Gurugram Police Spokesperson. The police have recovered 40 mobile phones, five laptops, two tablets, two LED TVs and other electronic gadgets from their possession. A case under Sections 13A/3/67 of the Gambling Act has been registered against the alleged suspects at DLF Phase-1 police station in Gurugram. /IANS

Parents 'force' daughter for marriage, K'taka HC sends her to govt facility
Bengaluru, Nov 27 : The Karnataka High Court has fulfilled the wish of a young girl to pursue her studies and gave "protection" from her parents who w

Gurugram: Sharad Agarwal, Head, Lamborghini India flags off a convoy of over 50 Lamborghinis as part of the Lamborghini Espierenza Giro India 2021, at Manesar in Gurugram, Saturday, Nov. 27, 2021. ( / […]

Barcelona, Nov 27 : Less than three weeks after extending its contract with the Chinese Grand Prix, in a move that will keep the championship coming to Shanghai until 2025, Formula 1 has renewed its d […]