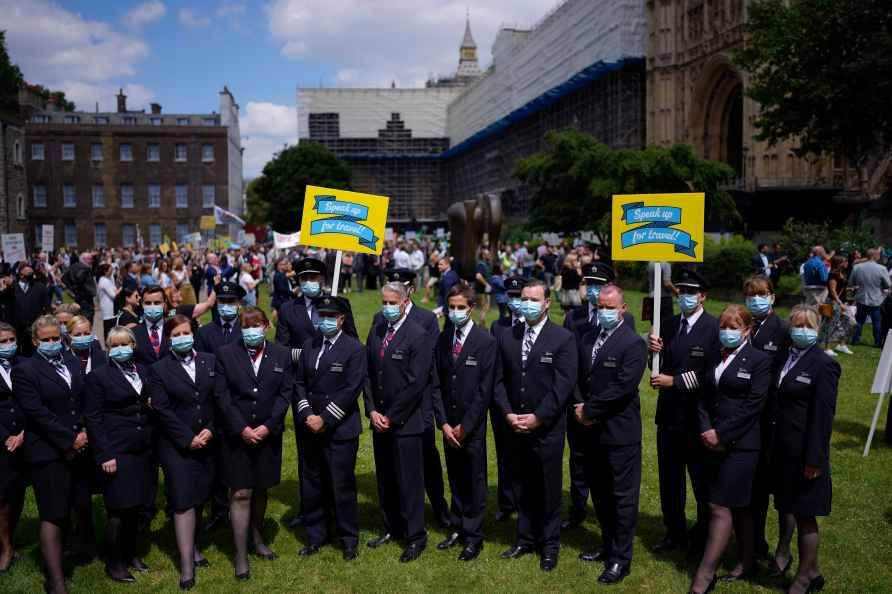 Mumbai, Oct 24 : Having ruled Bollywood in the 1990s, Mamta Kulkarni disappeared one day at the peak of her career. Her sudden withdrawal from the world of glamour left many people heartbroken as they never saw her or heard from her again. But recent pictures of the actress surfaced on the Internet, leaving her fans overjoyed at the glimpse of her. The fan pages of the actress sourced her pictures and shared it on Instagram leaving the ardent of the actress amazed at her flawless beauty. The actress, who is said to have married drug lord Vicky Goswami had earlier come under the scanner of the United States Drug Enforcement Administration (DEA) when Vicky was arrested by the enforcement agency back in 2016. She was also tagged as wanted by the DEA. The case involved a drug bust of 18.5 tonnes of ephedrine by Thane police. The substance was said to be worth Rs 2,000 crore in the international market. The police probe had revealed the seized substance was to be used to make methamphetamine. However, she approached the Bombay High Court in 2019 to strike down the case against her. In her plea, she mentioned that the police had no solid ground for citing her involvement in the drug racket and that she was named just because she had cordial relations with co-accused Vicky Goswami. She had also requested the court to de-freeze her bank accounts and FDs and de-seal two of her flats in Mumbai's Andheri, a plea which was later rejected by the court, earlier this year. /IANS

'Phone Bhoot' to hit the big screen on July 15, 2022
Mumbai, Nov 26 : Katrina Kaif, Siddhant Chaturvedi and Ishaan Khatter-starrer horror-comedy 'Phone Bhoot' is all set to release on July 15 next year.

Big B, John Abraham discuss bikes on 'KBC 13'
Mumbai, Nov 26 : Bollywood actor John Abraham opened up about his love for bikes with megastar and host Amitabh Bachchan on the 'Shaandaar Shukravaar

New Delhi, Nov 26 : The Supreme Court on Friday said it cannot send a wrong message on the ongoing Covid vaccination and emphasized that the WHO has also spoken in favour of the vaccines. A benc […]

Cummins' appointment as skipper, Smith as his deputy the right thing to do: Ponting

Sydney, Nov 26 : Australian cricket legend Ricky Ponting has endorsed pace bowler Pat Cummins' appointment as captain of the Test side and said that batting stalwart Steve Smith being made his deputy […]