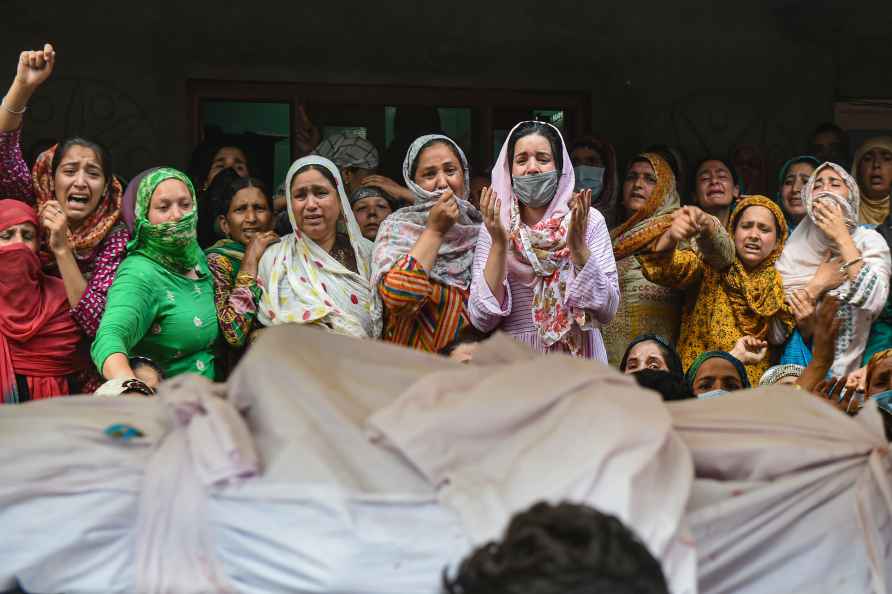 Srinagar, Oct 24 : Two persons were killed while two others were rescued after being trapped in snow on Sunday in J&K's Anantnag district. Police said two persons were killed and two others were rescued after they were trapped in snow in Sinthan Pass in Anantnag district. "A rescue team, including civil administration, police and army braved extreme weather to reach the spot where four people had been trapped in snow in Sinthan Pass. "Around 5 a.m. today the rescuers reached the spot and started the rescue operation. One person had died on the spot while the other succumbed en route to the hospital. "Other two have been admitted to hospital where they are recovering from hypothermia," police said. Sinthan Pass in Anantnag district connects Kishtwar district of Jammu region with the Valley. Heavy rains lashed the plains and fresh snow has showered the high reaches of Jammu and Kashmir since Saturday. /IANS

5.5-magnitude quake hits Japan's Izu Islands: USGS
Hong Kong, Nov 30 : An earthquake with a magnitude of 5.5 jolted Izu Islands, Japan, at 06:53 GMT on Tuesday, the US Geological Survey said. The

Omicron variant can be detected by RT-PCR, RAT: ICMR chief

Saptrishi Ghosh opens up on his character in upcoming film 'Lakadbaggha'

Mumbai, Nov 30 : 'Tere Bin Jiya Jaye Na' actor Saptrishi Ghosh will be seen in a prominent role in the upcoming 'Lakadbaggha' where he will feature alongside Riddhi Dogra in Victor Mukherjee's film. […]

US official: US identifies first case of omicron COVID-19 variant in California. (AP)

US official: US identifies first case of omicron COVID-19 variant in California. (AP) […]