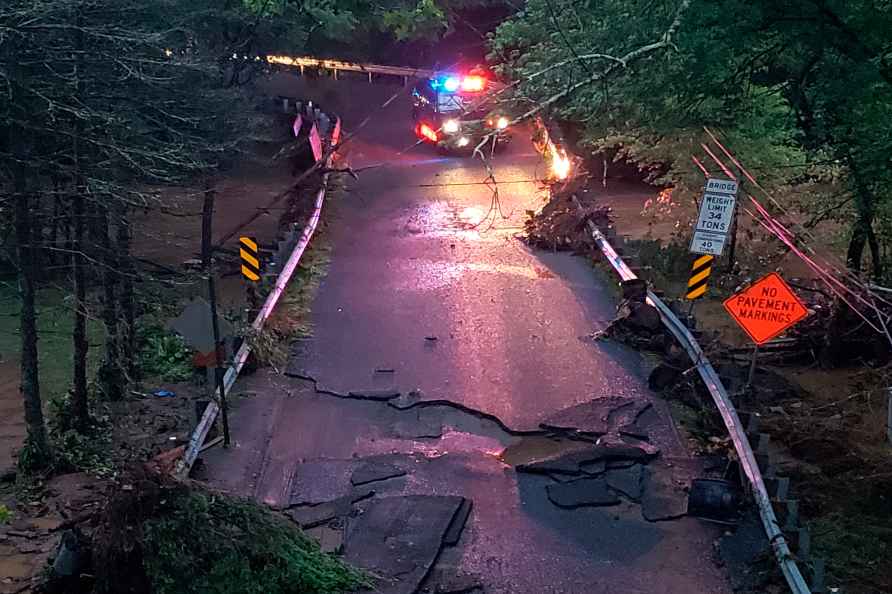 Noida, Oct 21 : A woman was allegedly murdered by her distant relative in Noida, an official said on Thursday. According to the official, they had received an information on Wednesday evening about a woman found in a flat at Paramount Golf Villa society. "A forensic team also inspected the spot to find any clue about the murder," DCP Central Noida, Harish Chander said. Preliminary investigation has revealed that the accused, identified as Arjun, was known to the 28-year-old victim. "The accused, who was the brother of the victim's sister-in-law, came in the absence of her parents and murdered her," the official said. The police have arrested one person in connection with the case. However, the prime accused Arjun is still absconding. The police have recovered a scooty on which the accused came, and also some jewellery and the victim's mobile phone which was missing after the incident. The DCP assured that the accused will be arrested soon. /IANS

Ottawa, Nov 28 : Canada's Quebec province reported 1,171 new Covid-19 cases, more than 1,000 new cases for the second day in a row, according to the provincial government. It is the highest dai […]

Algiers, Nov 28 : Algerian President Abdelmadjid Tebboune has said the local elections will pave the way for a modern Algeria. "The elections are the last stone in the building process of a mode […]

Kiev, Nov 28 : The Ukrainian forces have conducted staff exercise at the frontier with Belarus, as a part of the operation "Polissya" that is aimed at preventing a migrant crisis, the State Border Gua […]

US scrambles to take actions over Omicron variant's chilling effect

New York, Nov 28 : The newly discovered Omicron variant of Covid-19 in South Africa has raised fears about the global trajectory of the pandemic, while some countries, including the United States, hav […]