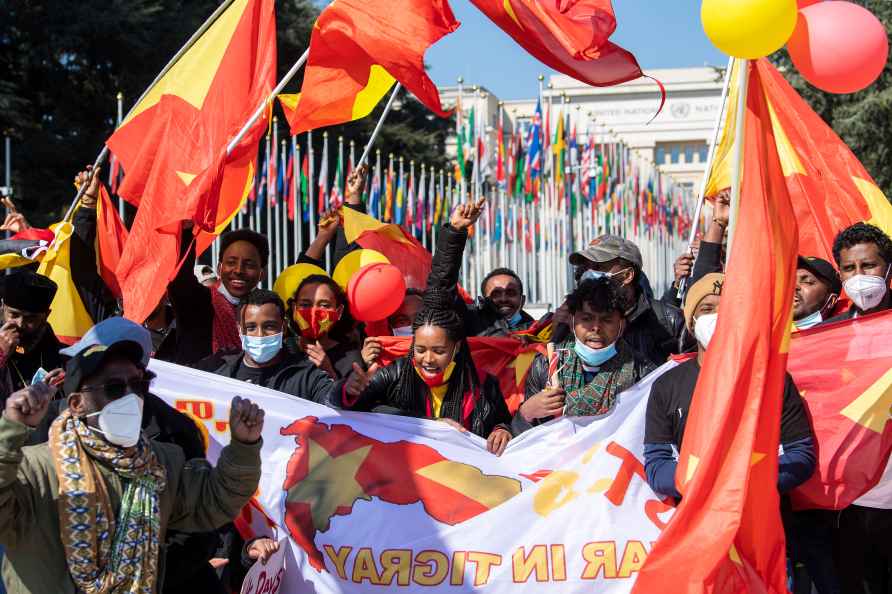 United Nations, Oct 21 : A UN official has urged the international community to use aid as leverage to promote women's rights in Afghanistan, which have further deteriorated following the fall of the country to the Taliban in August. "We need the international community to ensure that any aid that they give to Afghanistan is also tied to robust commitments on women's rights and gender equality," Xinhua news agency quoted Alison Davidian, deputy country representative of UN Women in Afghanistan, as saying. "We also need them to ensure that humanitarian aid keeps flowing, and that there are commitments in place to ensure that it reaches both men and women," she told a UN Women online event held on the eve of a Security Council open debate on women, peace and security. Davidian asked the international community to issue strong joint statements that show the "collective mass of voices" encouraging the Taliban to adhere to key women's rights and human rights principles. UN Women in Afghanistan is committed to staying and delivering for Afghan women and girls, she said, adding that agency will focus on three main areas: advocacy to ensure that women's rights are being protected and promoted and to ensure that Afghan women are not just talked about but are heard from directly; support for women civil society to ensure that they have the funding and the operational space to do their work; and efforts to ensure that women have access to essential life-saving services, including to respond to violence against women and girls. Davidian asked people to help promote women's cause in Afghanistan by listening to Afghan women, following them on social media and advocating for those priorities and those voices. She asked those who have the means to donate to women civil society organisations that are working on the ground every day to make the lives of women and girls better in Afghanistan. Thirdly, she asked people to lobby their governments to include Afghans at risk in resettlement initiatives, and to be friends to them as they try and re-settle into their new countries of residence. Following the Taliban's takeover in August, the situation for women and girls in the country is very bleak, she said. "This is not just about the humanitarian response, this is about the future of Afghanistan." Afghan women have been fighting for their rights for centuries. In 1919, Afghan women won the right to vote -- even before women in the US. Over the decades, Afghan women's advocacy has been seminal to the country moving forward in both peace and development, she noted. "And this hasn't changed. Even today we see Afghan women out on the streets protesting in the face of incredible challenges." Afghan women will never give up on their rights and never give up on their right to live free and equal lives. And UN Women will never stop walking alongside them, said Davidian. /IANS

Senior Pak bureaucrat in the dock for comparing PTI with Taliban
New Delhi, Nov 24 : Pakistan Prime Minister Imran Khan has ordered an inquiry against a senior joint secretary of the Cabinet Division for posting "ob

Rupee plunges 37 paise to close at 74.89 (provisional) against US dollar.

Who is Ronaldo's new head coach?

London, Nov 26 : German Ralf Rangnick might have painful memories regarding his last football job in England. Roughly knocked over by an opponent player, the German amateur footballer and student of t […]