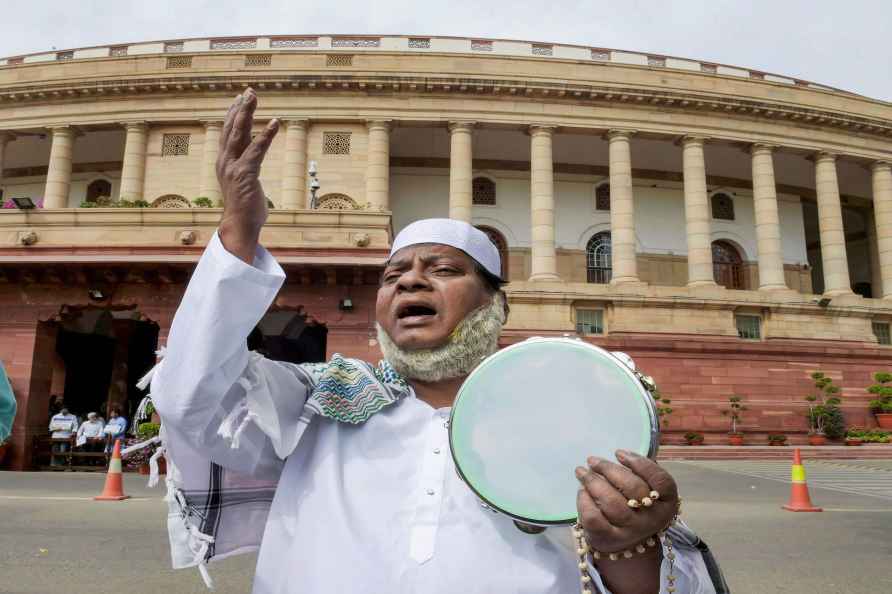 Vijayawada, Oct 21 : Andhra Pradesh police on Wednesday night arrested Telugu Desam Party (TDP) spokesman K. Pattabhi Ram for allegedly using abusive words against Chief Minister Y.S. Jagan Mohan Reddy. The arrest came a day after his remarks triggered a huge backlash from alleged supporters of ruling YSR Congress Party (YSRCP), who attacked TDP's central office at Mangalagiri in Amaravati and party offices in other parts of the state. Pattabhi Ram's house was also attacked by unidentified people on Tuesday. According to police, the TDP leader was arrested in connection with a case booked against him at the Governorpet police station. He has been booked under IPC Sections 153A (promoting enmity between different groups on grounds of religion, race, place of birth, residence, language, etc., and doing acts prejudicial to maintenance of harmony), 505 (2) (statements conducing to public mischief), 353 (assault or criminal force to deter public servant from discharge of his duty), 504 (intentional insult with intent to provoke breach of the peace) read with 120B (criminal conspiracy). Ram was arrested after the policemen had to break open the door. His wife Chandra said that if anything happened to him, the government will be responsible. She said they have no faith in the police as they have not arrested anybody involved in the attack on their house on Tuesday. The TDP leader also released a video to the media to show that he had no injuries before the arrest. He said if anything happened to him in custody, the police would be responsible. Earlier in the day, Director General of Police Gautam Sawang said that use of abusive or vulgar language against a constitutional authority like the Chief Minister is unacceptable. The police chief said that it was not a slip of tongue by the spokesperson as he used the abusive word repeatedly at the press conference. "The statement made by the spokesperson was not a casual statement. Such abusive and vulgar language was never used before against a constitutional authority. You cannot abuse the President, the Prime Minister, courts, judges or the Chief Minister," the DGP said. /IANS

Bhubaneswar, Nov 20 : India junior hockey team midfielder and the captain of the side for the upcoming FIH junior World Cup here, Vivek Sagar Prasad, said on Saturday that the structure of the team ha […]

Jaipur, Nov 20 : An earthquake, measuring 4.6 on the Richter Scale, hit Jalore in the early hours of Saturday, according to National Centre for Seismology. Tremors of the quake, which occurred a […]

Washington, Nov 20 : Several vials that were labelled "smallpox" and accidentally found at a laboratory in the US state of Pennsylvania raised the alarm for threats of a virus leak to public health, l […]

Lusail: Mercedes driver Lewis Hamilton of Britain in action during qualifying session in Lusail, Qatar, Saturday, Nov. 20, 2021 ahead of the Qatar Formula One Grand Prix. /AP-PTI […]