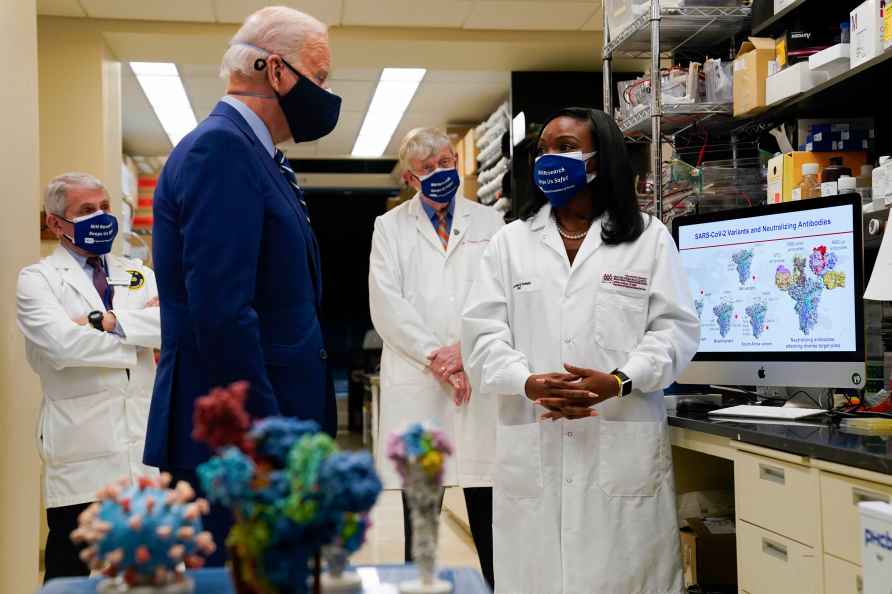 Wuhan seafood vendor, not accountant, was 1st Covid case in world
New Delhi, Nov 20 : A new study published in the journal Science has claimed that the first identified Covid-19 case -- or 'patient zero' -- was a fem

Lusail: Mercedes driver Lewis Hamilton of Britain in action during qualifying session in Lusail, Qatar, Saturday, Nov. 20, 2021 ahead of the Qatar Formula One Grand Prix. /AP-PTI […]

New Delhi, Nov 20 : People in Delhi-NCR woke up to a cloudy sky on Saturday and are likely to witness drizzle later in the day, India Meteorological Data (IMD) said. The minimum and maximum temp […]

Mumbai, Nov 20 : Siddhant Chaturvedi has been living the dream. The actor, who impressed the audience as MC Sher in Zoya Akhtar's 'Gully Boy' has a packed slate in the coming months. As he climb […]