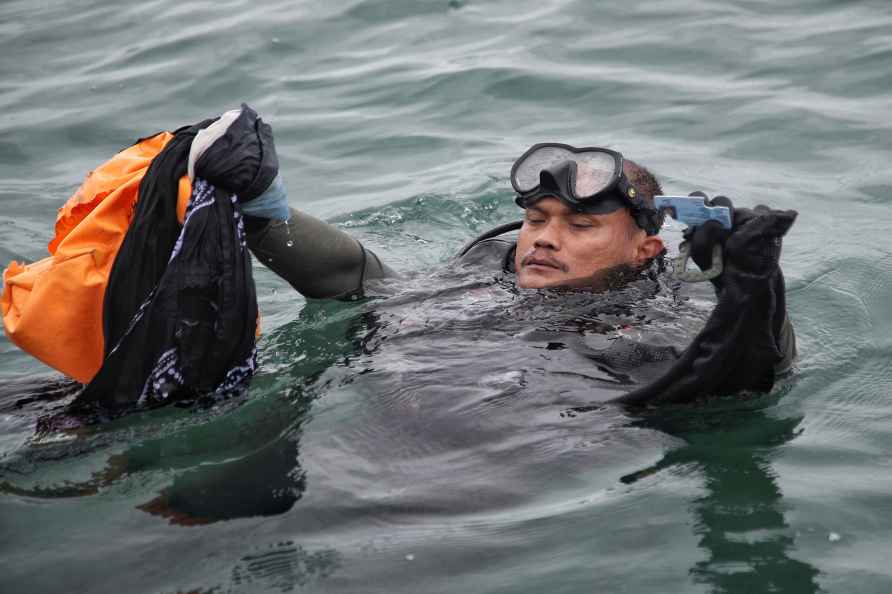 Jammu, Oct 17 : The body of the second pilot killed in a helicopter crash on August 3 was on Sunday recovered from the Ranjit Sagar Lake on the borders of J&K and Punjab, a defence statement said. "Persistent efforts by Indian Army and Navy for 75 days which were going on day and night to recover the body of Captain Jayant Joshi, the second pilot of the helicopter which crashed in Ranjit Sagar Dam on August 3, 2021 have finally succeeded and the body has been recovered from the lake bed using hi-tech equipment. "Due to the vast expanse and depth of the dam, the search and rescue team was using state of the art multi-beam sonar equipment to scan the lake bed and based on the inputs received, the remotely operated vehicle having robotic arm along with the professional divers were launched to search the area," a Defence Ministry statement said. It said that during similar search on Sunday, a body was detected at a depth of 65-70 metres and immediately, an operation was launched to recover it. "The body after local medical examination was evacuated to Military Hospital Pathankot for further examination. "Indian Armed Forces once again demonstrate its resolve towards its soldiers and took all possible actions to recover the body of Capt Jayant Joshi, a young pilot who made the supreme sacrifice in line of duty. Indian Army stands shoulder to shoulder with the family of Captain Jayant Joshi during this hour of grief," the statement added. /IANS

Iran rules out likelihood of "interim deal" in Vienna talks: source
Tehran, Jan 23 : Iran does not consider an interim deal in ongoing negotiations in the Austrian capital of Vienna aimed to restore the 2015 nuclear de

Battle for UP: Bulandshar accused in the fray as independent

Bulandshahr (UP), Jan 24 : Yogesh Raj, an accused in the 2018 mob violence in Bulandshahr that led to the killing of two people, including an on-duty police inspector, is contesting the Syana Assembly […]

Lucknow, Jan 24 : Officials of the Income Tax (I-T) department raided the premises of four businessmen in the Rakabganj area of Lucknow. The raids were conducted on Sunday. Sources privy to the […]

Bengaluru, Jan 24 : The Karnataka Police have arrested a man and five others for kidnapping the brother of a woman, who was in a live-in relationship with him in Bengaluru. The accused resorted to cri […]