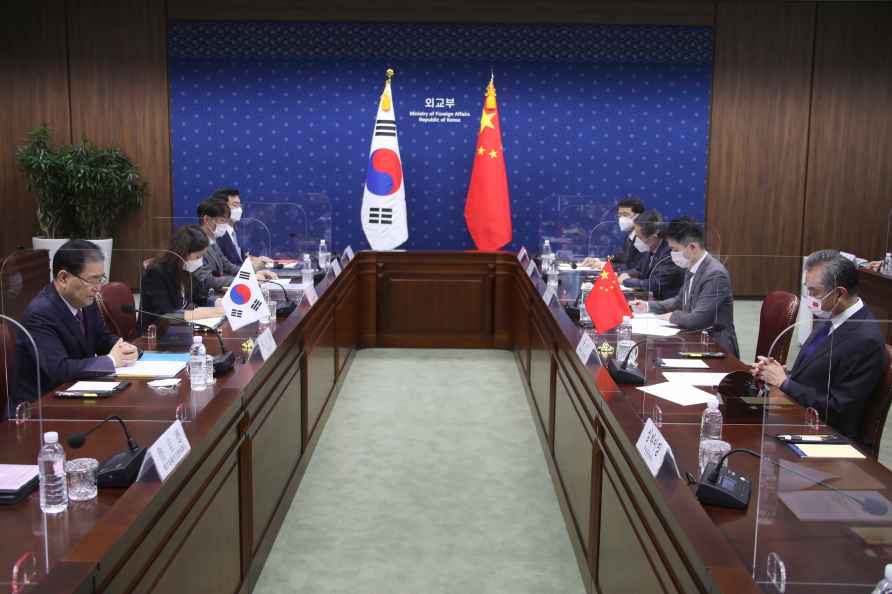 Seoul, Oct 17 : Choi Jong-kun, South Korea's first Vice Foreign Minister, left for London on Sunday for talks with British officials on bilateral relations, the security situation on the Korean Peninsula and other issues of mutual interest, his office said. The week-long trip by Choi will also take him to Belgium where he will attend the seventh session of the Korea-EU High-level Political Dialogue for in-depth discussions on ways to boost their ties and regional security circumstances, Yonhap news Agency quoted the office as saying. Choi is also set to meet with senior Belgium Foreign Ministry officials and Mircea Geoana, deputy secretary-general of the North Atlantic Treaty Organization, before heading to France for talks on bilateral relations and other issues of mutual interest. He is scheduled to return home on Saturday. /IANS