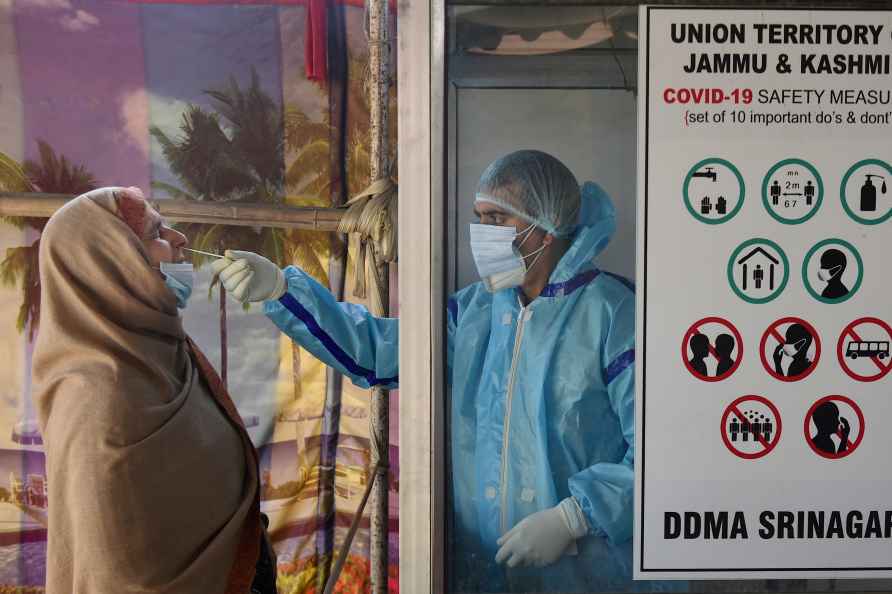 Lucknow, Oct 14 : At least 25 dengue cases were reported in Lucknow, the highest single-day spike in the Uttar Pradesh capital. The new cases reported on Wednesday comprised 12 women, 10 men and three teenagers. Six patients had to be admitted to hospital because their condition was serious, doctors said, adding that their platelet counts were low. Other patients were sent back after being given medicines and are recuperating at home. Though most of the fresh cases were reported from high caseload areas like Aliganj, NK Road, Chinhat, Indira Nagar, Turiyaganj, Aishbagh and Chinhat, some were registered in new localities in Maal and Kakori. Lack of hygiene and accumulation of water are said to be the main reasons behind the spike in dengue cases. The female Aedes aegypti mosquito-the carrier of the dengue virus-lays eggs in fresh water accumulated at various places in and around households. Health officers said that people should not panic but adhere to preventive measures. They also appealed to civic authorities to launch a cleanliness drive. The cases reported on Wednesday have taken the dengue tally in the city this year to 575 since January. Of these, 495 (86 per cent) cases have been reported in the past 43 days with an average of 12 cases daily. Chief Medical Officer, Manoj Agrawal said: "We are doing extensive mosquito control activities, especially in high caseload areas. Besides, under the infectious diseases control programme, health workers are going door to door to spread awareness and distribute medical kits." Meanwhile, larvae were found in 27 houses after 2,713 sites were scanned in Gomti Nagar, Balaganj, Mallahi Tola, Nishatganj and other localities. /IANS

Lucknow sees spike in dengue cases
Lucknow, Oct 14 : At least 25 dengue cases were reported in Lucknow, the highest single-day spike in the Uttar Pradesh capital. The new cases re

Global Covid-19 caseload tops 239 mn
Washington, Oct 14 : The global coronavirus caseload has topped 239 million, while the deaths have surged to more than 4.87 million and vaccinations s

Lucknow, Oct 14 : At least 25 dengue cases were reported in Lucknow, the highest single-day spike in the Uttar Pradesh capital. The new cases reported on Wednesday comprised 12 women, 10 men and […]

Tokyo: Japanese Prime Minister Fumio Kishida, center, and other lawmakers give three cheers after dissolving the lower house, during an extraordinary Diet session at the lower house of parliament Thur […]

UP Assembly to elect Deputy Speaker

Lucknow, Oct 14 : The Uttar Pradesh Assembly will elect its Deputy Speaker who will hold office for less than five months before the new Assembly is constituted. The state Assembly was constitut […]

Bengaluru, Oct 14 : The Backward Classes and Minorities Welfare Department in Karnataka has ordered the officers to conduct a survey of both official and non-official Christian missionaries functionin […]