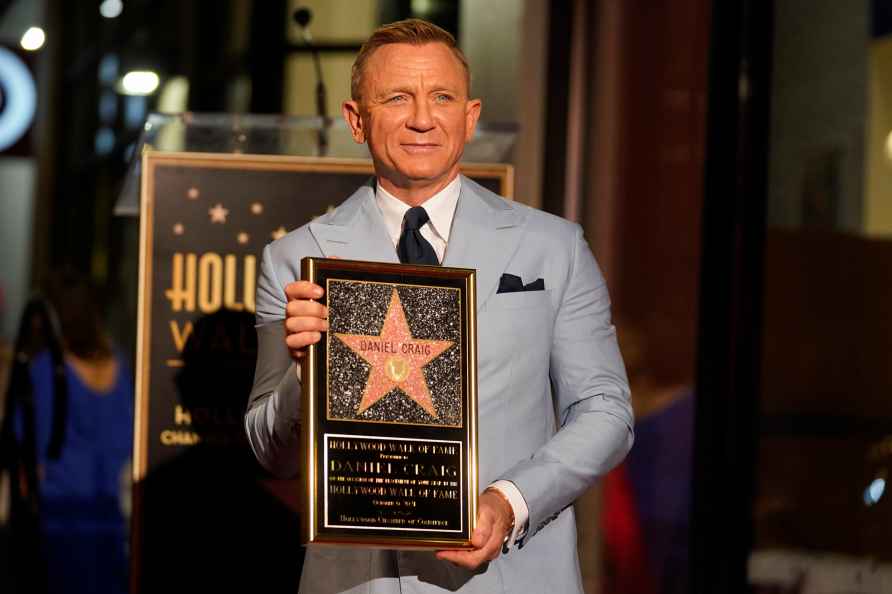 Los Angeles, Oct 7 : Batman star Michael Keaton has shared that he can still fit into his costume having last played the caped crusader in 1992. The 70-year-old actor, who played the caped crusader in 1989 film 'Batman' and 1992 follow-up 'Batman Returns', has revealed the suit surprisingly still fits. During an appearance on 'The Late Show With Stephen Colbert', he spoke about reprising his iconic role in 'The Flash' and said that not only has he already tried his old costume but it didn't require any alterations whatsoever, reports femalefirst.co.uk. He said of trying on the Batsuit, "I've already done it", before insisting that no alterations were needed out as his physique is "in the same dimension" as it was in 1992. The actor recently said the key to playing a real life person on screen is to present a "version of what they are telling you". He is currently playing mediator Kenneth Feinberg in the Netflix drama 'Worth'. Keaton had previously portrayed journalist Walter "Robby" Robinson in the 2015 Oscar-winning 'Spotlight', as well as producer Robert Weiner in 2002 war drama 'Live from Baghdad'. He feels the thing to avoid is doing an "impression" of the person you are portraying. Speaking to Collider, he said: "The're three really different people from one another. You have to do the basics, be really intrusive but be really respectful and hold back. Pick the great parts of what they have to tell you and the less great parts, the dark parts of what they have to tell you. "So, at some point you have to be a version of what they tell you, at least I do! Otherwise you're trying to do an impression and you never want to do an impression. They're both Boston region guys Robbie and Ken." Keaton added: "So it does help to get into the groove of what do you ask a real person, a person who really existed. I'd done this before with Robert Weiner when I did 'Live in Baghdad'. "He's living on a barge in Paris on the Seine so that's pretty cool and I had to go and hang out with him for a while. It helps when you do one of them because then you get to know what questions to ask. Almost everything surprised me!" /IANS

Mickey Rourke signs up for action film 'Section Eight'
Los Angeles, Nov 6 : Mickey Rourke, best known for his Oscar-nominated title role in 'The Wrestler', is joining the cast of the action movie 'Section

As Letitia recovers, 'Black Panther 2' to resume shooting in early 2022
Los Angeles, Nov 6 : Even as Letitia Wright, who plays the genius inventor Shuri, recovers from an on-set injury she had suffered in late August, Marv

Chennai, Nov 7 : The ruling DMK has commenced taking actions against leaders responsible for some party candidates losing in the rural local body elections as the party machinery is geared up for prep […]

Seoul, Nov 7 : North Korea has conducted an artillery fire competition to boost the country's defence capabilities as set forth by the "militant policy" of the ruling Workers' Party, state media repor […]

Brasilia, Nov 7 : Brazil has adopted a temporary 10 per cent reduction in import tariffs on most of its foreign purchases to urgently address the accelerating inflation, the Foreign Affairs Ministry a […]