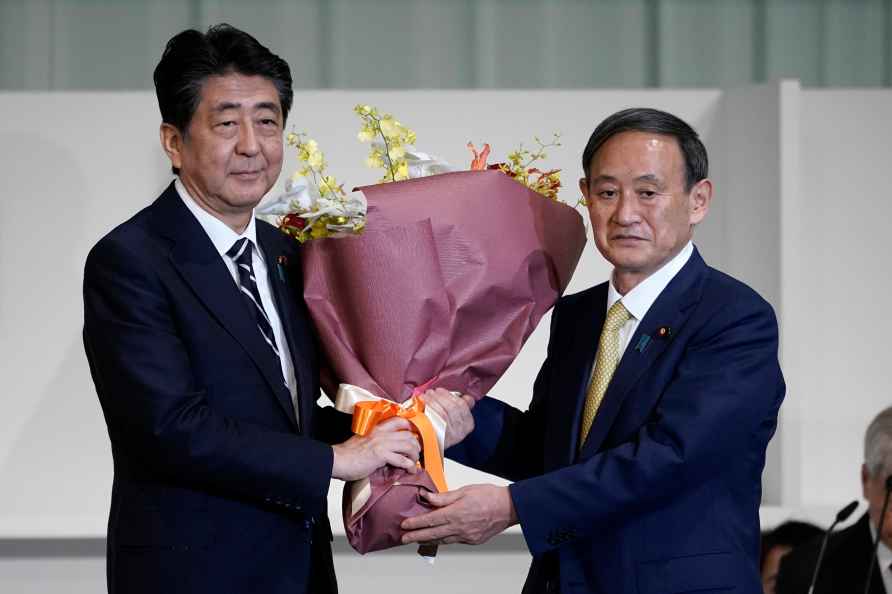 Tokyo, Oct 3 : Fumio Kishida, the newly-elected leader of Japan's ruling Liberal Democratic Party (LDP),will take office as the Prime Minister on Monday and launch his new government, aiming to promote economic recovery while keeping Covid-19 infections under control, local media reported on Sunday. With the LDP-led ruling coalition controlling both chambers, the 64-year-old Kishida is almost guaranteed to be elected Prime Minister at an extraordinary parliamentary session on Monday, reports Xinhua news agency. The new leader plans to dissolve the House of Representatives on October 14, and consequently, a general election is likely to be held on November 7, the local media reported citing sources as saying. Kishida has promised to increase middle-class incomes and reduce wealth disparity under his "new form of capitalism", which is viewed as a break from the "neoliberal policies" that the Japanese government has pursued over the past two decades. In addition, he said that an economic package worth "tens of trillions of yen" is in preparation to help people and businesses suffering from the Covid-19 pandemic. His predecessor Yoshihide Suga, who took office last year, announced not to seek re-election last month amid the public dissatisfaction with his response against the pandemic. As new Covid cases have declined recently, and nearly 60 per cent of Japan's population have been fully vaccinated against the virus, Kishida will need to handle tasks of gradually lifting the restrictions on social and business activities and opening the border to foreign travellers. Kishida plans to finish the lineup of his cabinet on Sunday. In his prospective Cabinet, former education minister Hirokazu Matsuno, 59, is set to become chief Cabinet secretary, and former environment minister Shunichi Suzuki, 68, is likely to replace his brother-in-law Taro Aso as finance minister of the country, local media reported. Kishida also plans to create a new ministerial post for economic security with a responsibility to craft a national strategy designed to end the drain of intellectual property from Japan. It is not known who will take up the post so far. /IANS