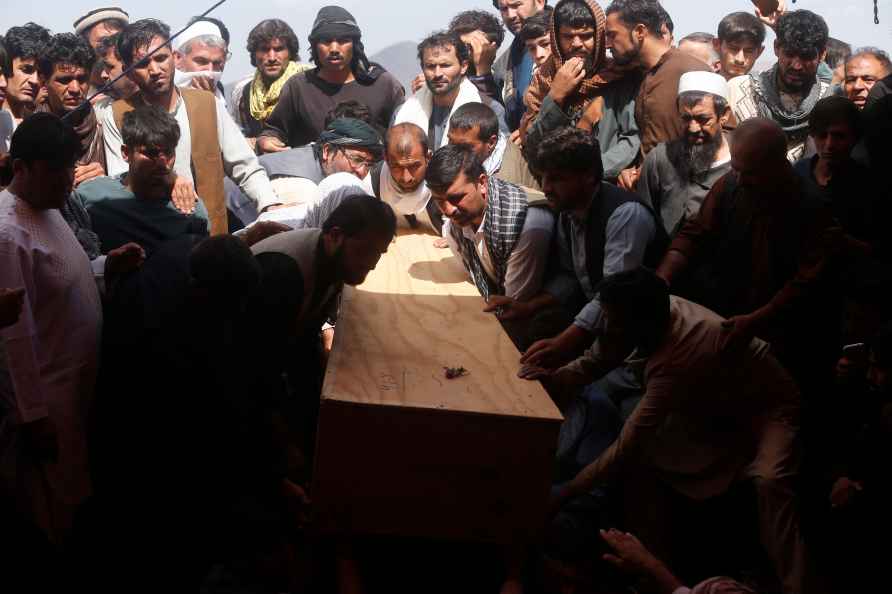 Shimla, Sep 27 : Twelve people, comprising trekkers belonging to West Bengal and porters have been stranded in Himachal Pradesh's remote Spiti Valley, officials said on Monday. Two trekkers died due to high-altitude sickness. They were heading to Khemenger Glacier. As per the information received by the local administration from two trekkers, who reached Kaza on Monday some 320 km from the state capital on foot, a group of 12 people are awaiting evacuation. "They informed us that two trekkers died en route. To evacuate the stranded, we have constituted a 32-member rescue team, comprising 16 ITBP men, six Dogra Scouts and a medical team," Deputy Commissioner Neeraj Kumar told IANS over phone. "It will take minimum three days to reach the spot where the trekkers have been stranded," he said. He said efforts were made to rescue them with the help of a helicopter but could not succeed owing to inclement weather. Seven of the trekkers belong to Arete Mountaineering Foundation (club) of Hridaypur, affiliated with the Indian Mountaineering Federation. They were trekking to Parahio Col and Holmes Col from September 11 to October 7. The deceased were identified as Bhaskardeb Mukhopadhya and Sandeep Kumar Thakurta, both residents of Kolkata. The trans-Himalayan Buddhist-dominated Spiti Valley has a rich treasure of monasteries. It attracts globe-trotters not only for nature-based activities but also for exploring ancient monasteries like Tabo, which is over 1,000 years old. The entire valley, populated mainly by tribals, remains cut off from the rest of the country for more than six months in a year due to snow. /IANS

IPL 2021: A look at Harshal Patel's magnificent hat-trick in the 17th over

New Delhi, Sep 27 : Harshal Patel just loves bowling to Mumbai Indians, it seems. As he took a hat-trick against a team that he had bullied with a five-wicket haul in their previous encounter of the I […]

Gadkari to review 2 crucial tunnels in J&K, to drive through one of them

Chennai, Sep 27 : With people reportedly shying away from the grand old party, a Congress district committee president in Tamil Nadu has offered gold coins and rings to the cadres if they get more peo […]