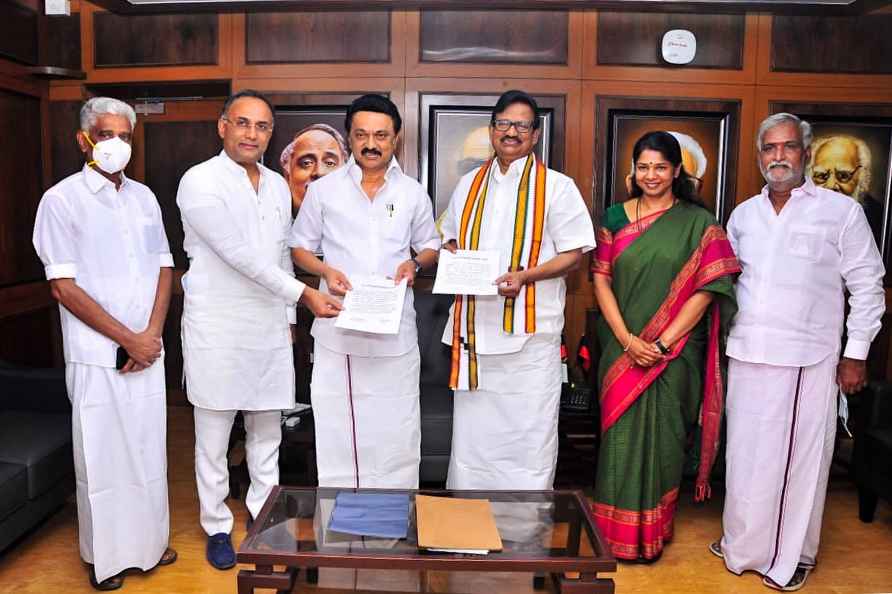 Chennai, Sep 27 : With people reportedly shying away from the grand old party, a Congress district committee president in Tamil Nadu has offered gold coins and rings to the cadres if they get more people to join the party. The offer was made by the South Chennai Central District Committee president of the Congress, M.A. Muthalakan who on Sunday announced that he would reward the party cadre who would enrol the maximum number of people. He promised a 8 gm gold ring to the party cadre who enrols the maximum number of people in the party. Muthalakan also announced a 4 gm gold ring to the party worker who enrols the second largest number of people. Gold coins will be given to others who enrol people in the party. Interestingly party state president, K.S. Alagiri and AICC secretary Srivella Prasad were present at the function. The Congress party in Tamil Nadu which had a rich legacy is now reportedly finding it difficult to get people to join it. Political observer, R. Padmanaban of the Socio-Economic Development Foundation, while speaking to IANS said, "The Congress is piggy backing on the DMK and the party is not getting fresh blood. Hence in his desperation, the party district president would have given such an offer to the cadres in the hope that at least by this method some people will join the party." /IANS

Prior to meeting Rahul, Sanjay Raut declares 'MVA a mini-UPA'
New Delhi/Mumbai, Dec 7 : Ahead of his meeting with Congress MP Rahul Gandhi, Shiv Sena MP and Chief Spokesperson Sanjay Raut on Tuesday said that the

After opposition, Vijayan soft pedals on Waqf Board appointments by PSC
Thiruvananthapuram, Dec 7 : Chief Minister Pinarayi Vijayan after discussions with the Samastha Kerala Jamiat-ul-Ulema leaders on Tuesday has decided

New Delhi, Dec 7 : Amid an ongoing crackdown against foreign nationals residing in the national capital illegally, the Delhi Police have apprehended 12 Africans with expired visas, an official said he […]

Hyderabad, Dec 7 : The much-anticipated theatrical trailer of 'Pushpa: The Rise' starring Allu Arjun has been unveiled which showcases most of the characters in the upcoming action drama. Loaded […]

Bengaluru, Dec 7 : Kannada cinema lovers on social media are celebrating after their favourite popular actress Pooja Hegde, who made it big in the Telugu and Tamil film industries. stated that she is […]

Prior to meeting Rahul, Sanjay Raut declares 'MVA a mini-UPA'

New Delhi/Mumbai, Dec 7 : Ahead of his meeting with Congress MP Rahul Gandhi, Shiv Sena MP and Chief Spokesperson Sanjay Raut on Tuesday said that the "Maha Vikas Aghadi government is like a mini-Unit […]