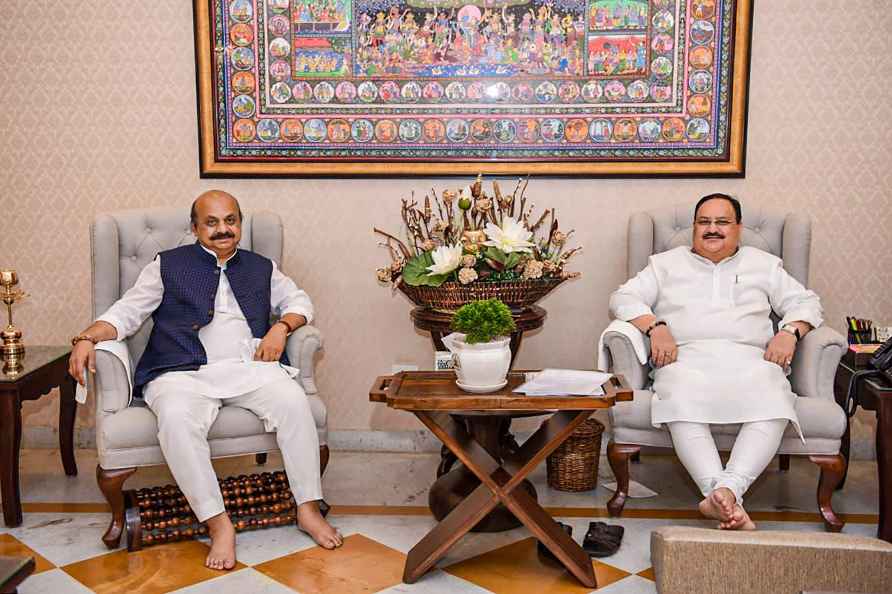 New Delhi, Sep 27 : BJP chief J.P. Nadda on Monday said that from industry, sports, medicine, science to space, Indian women are leaving their marks in all spheres. Virtually addressing BJP Mahila Morcha national executive meet, Nadda said, "Rani Laxmibai and several other female freedom fighters participated in India's Independence struggle and no one can forget their contributions. In the post-Independence era as well, the contribution of women in Indian society is unparalleled." "From industry, sports, medicine, science to space, Indian women are leaving their marks in all spheres. They also proved their mettle in the recently concluded Tokyo Olympics." Nadda said, "We believe that for the development of any country, women must play a key role in the economic, political and social spheres. We want to make Indian women empowered and independent." Talking about women representation in Narendra Modi cabinet, Nadda, "The role and number of women in the Modi government have increased in recent times. In the Union Cabinet, there are 12 women ministers, 14 per cent of the total. This is a record in India's history." He pointed out that important ministries like defence, foreign, finance and education in the Modi government were given to women ministers. "The Indian Air Force opened its doors for women in combat roles. Government announced 33 per cent reservation for women in CRPF and CISF for the post of constable," he said. Speaking about women's security, Nadda said, "Our government has also started the Safe City Project in eight cities across India. The Modi government had also started a women helpline number in 2015. Women can now use 181 for assistance. For the first time, a new division has been created in the Union Home Ministry to deal with the matters related to women safety. It was decided to set up women's help desks in every police station in the country." Nadda talked about several schemes of the Modi government for women welfare like 'matru vandana schemes', 'parivar vikas mission', six months maternity leave and free ambulance and free delivery facility as well as financial assistance of Rs 6,000. He claimed that these schemes have yielded good results in the health sector. Praising works of the party's women wing, Nadda said, "When the nation was battling Covid pandemic, our Mahila Morcha contributed in a major way in assisting the people of the country." /IANS

Talks won't be meaningful under AFSPA shadow: NSCN-IM
Kohima, Dec 8 : The NSCN-IM on Wednesday while criticising Union Home Minister Amit Shah for his recent statement after the December 4 killing of 14 c

Kohima, Dec 8 : The NSCN-IM on Wednesday while criticising Union Home Minister Amit Shah for his recent statement after the December 4 killing of 14 civilians by the security forces in Nagaland said n […]

Brisbane, Dec 8 : Australia captain Pat Cummins made a cracking start to his captaincy stint with a five-wicket haul as the hosts skittled out England for just 147 on day one of first Ashes Test at Th […]

Warsaw, Dec 8 : The Polish government has announced new restrictions aimed at curbing the spread of Covid-19 infections in face of the proliferation of the new Omicron variant. "The situation ha […]