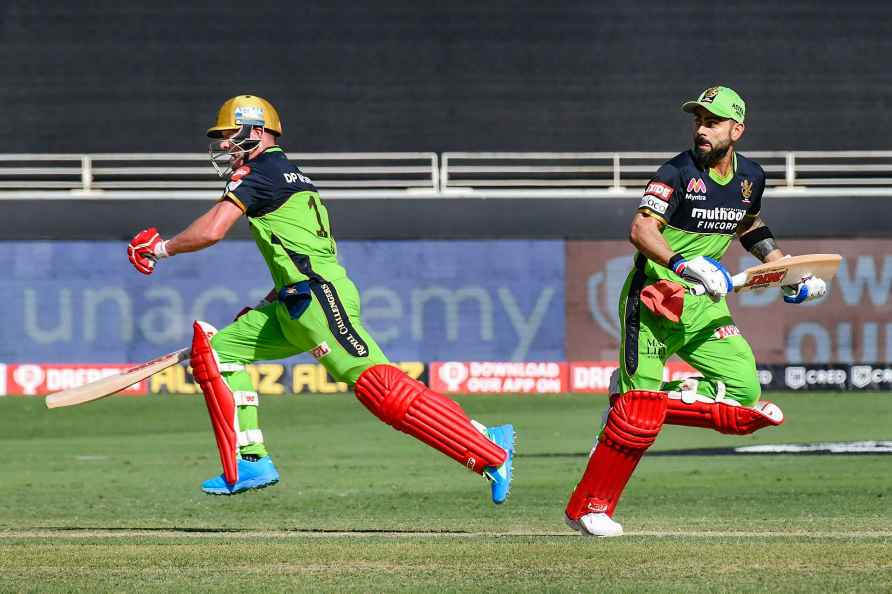 Dubai, Sep 27 : Virat Kohli is known to wear his emotions on his sleeves when playing cricket. Whatever the format, Kohli is aggressive in his outlook and likes taking the game to the opponent. Most of his teammates feed on his aggression. In a set up like the Indian Premier League (IPL) where each team has many young and uncapped players who look up to the stars to model their game on, an aggressive player like Kohli makes a huge impact. That is the reason why the Royal Challengers Bangalore want Kohli to continue to be aggressive, says former South Africa and RCB pacer Dale Steyn. Speaking exclusively on Star Sports' live feed of select dugout, Steyn said, "" think the guys prefer to see him be more aggressive, it seems to get him to play a bit more fluently. It kind of sparks the younger players too, a lot of the younger guys have massive respect for Virat, and they admire him so much that they kind of follow in his direction. "When he's fighting fire with fire and nobody's doing it for India, you can hear all the quicks, when they were playing against England recently, how they were talking about following their captain and they wanting to play fighting fire with fire. So, he does lead from the front in that aspect and RCB love it. He's kind of built that thought around RCB now. It's the kind of culture that they have got in that dressing room." Royal Challengers Bangalore have recovered from their defeat to Chennai Super Kings to beat Mumbai Indians on Sunday and are hoping to cement their place in the knockouts as early as possible. Kohli played a captain's innings of 51 against Mumbai Indians and was aggressive with his bowling changes in as well as fielding. And the players capitalised on that as they beat Mumbai Indians easily. Kohli has already decided that the present season will be his last as a T20 captain as he has decided to quit captaincy both of the national team as well as that of RCB. /IANS

RCB players feed on Kohli's aggression, says Dale Steyn
Dubai, Sep 27 : Virat Kohli is known to wear his emotions on his sleeves when playing cricket. Whatever the format, Kohli is aggressive in his outlook

IPL 2021: Royals win toss, elect to bat vs SRH
Dubai, Sep 27 : Rajasthan Royals have won the toss and opted to bat first against Sunrisers Hyderabad in the 40th match of the IPL 2021 here on Monday

IPL 2021: Given KKR's current form, we expect a good game, says DC bowling coach James Hopes
Dubai, Sep 27 : With Kagiso Rabada and Anrich Nortje in their side, Delhi Capitals bowling attack is more aggressive and assertive, which has resulted

I expect AICC will rise to the occasion: VM Sudheeran

Thiruvananthapuram, Sep 27 : Hours after top Congress leader from Kerala, V.M. Sudheeran on Monday quit as an AICC member, the party high command stepped in as part of fire fighting when AICC general […]

Dubai, Sep 27 : Virat Kohli is known to wear his emotions on his sleeves when playing cricket. Whatever the format, Kohli is aggressive in his outlook and likes taking the game to the opponent. Most o […]

Srinagar, Sep 27 : Covid recoveries and new cases almost matched each other in J&K on Monday with 118 recoveries and 117 new cases reported during the last 24 hours. Officials said that 14 recov […]

New York, Sep 27 : Covid infection in breastfeeding women produces virus-neutralising antibodies that remain in their milk for up to 10 months, finds a new study. The study led by Icahn School o […]