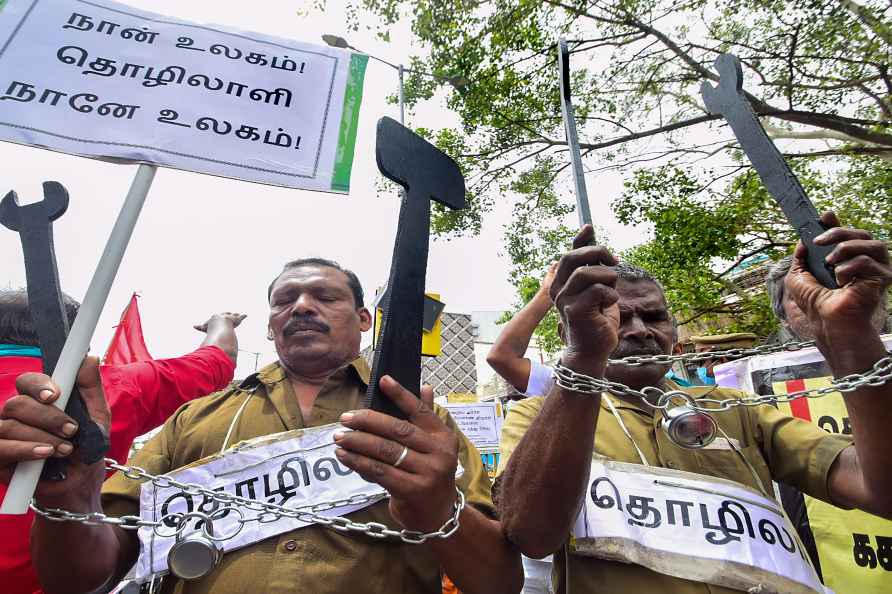 Trichy: Farm leaders and activists stage a protest on the Trichy Theppakulam Post Office Road demanding repeal of three agricultural laws, an end to the privatization of public sector enterprises and abolition of excise duty on petrol and diesel, in Trichy, Monday, Sept. 27, 2021. ( /PTI

Gurugram, Nov 30 : A fine of Rs 18 lakh has been imposed on 171 people here for indulging in pollution-causing activities in defiance of the Gratified Response Action Plan (GRAP), issued by the Enviro […]

New Delhi, Nov 30 : A day after the three contentious farm laws were repealed by the Parliament, the government on Tuesday reached out to the agitating farmers, asking them to suggest five names to be […]