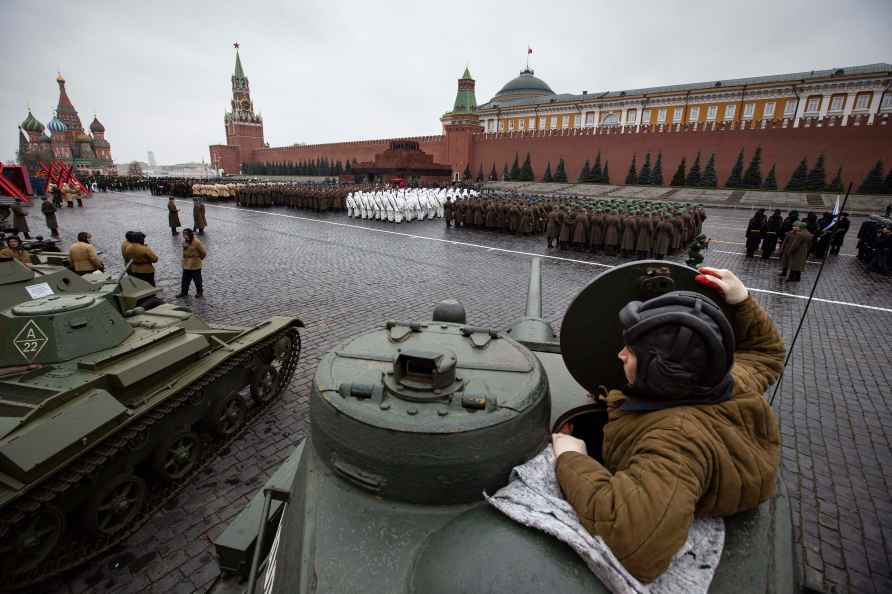 Srinagar, Sep 26 : Three army soldiers were injured when the alert troops foiled an infiltration bid by terrorists from across the line of control (LoC) in Uri sector, sources said. Defence sources said alert troops challenged heavy armed terrorists who were trying to infiltrate in Uri sector on Saturday evening. "An encounter ensued between the infiltrating terrorists and the army in which 3 soldiers were injured. The operation is still going on in the area," sources said. Three soldiers injured belong to 12 Jat regiment. They have been shifted to hospital. Earlier on September 18, another major infiltration bid was foiled by the army in the same sector when a group of terrorists were forced to withdraw back after they were engaged in a sustained gunfight. /IANS

BRO extends access to Zojila that links Ladakh with India
New Delhi, Jan 5 : The Border Roads Organisation (BRO) has extended access of the formidable Zojila at an altitude of 11,649 feet, that links the unio

Bengaluru, Jan 10 : Karnataka police on Sunday arrested the son of an astrologer in connection with the case of blackmailing a state cabinet minister over the "private video" of his son and demanding […]

Yaounde:Cameroon's Nouhou Tolo, right, is challenged by Burkina Faso's Issoufou Dayo during the African Cup of Nations 2022 group A soccer match between Cameroon and Burkina Faso at the Olembe stadium […]

[Melbourne:A refugee advocate writes a slogan on the wall outside the Park Hotel, used as an immigration detention hotel where tennis player Novak Djokovic is confined in Melbourne, Australia, Sunday, […]