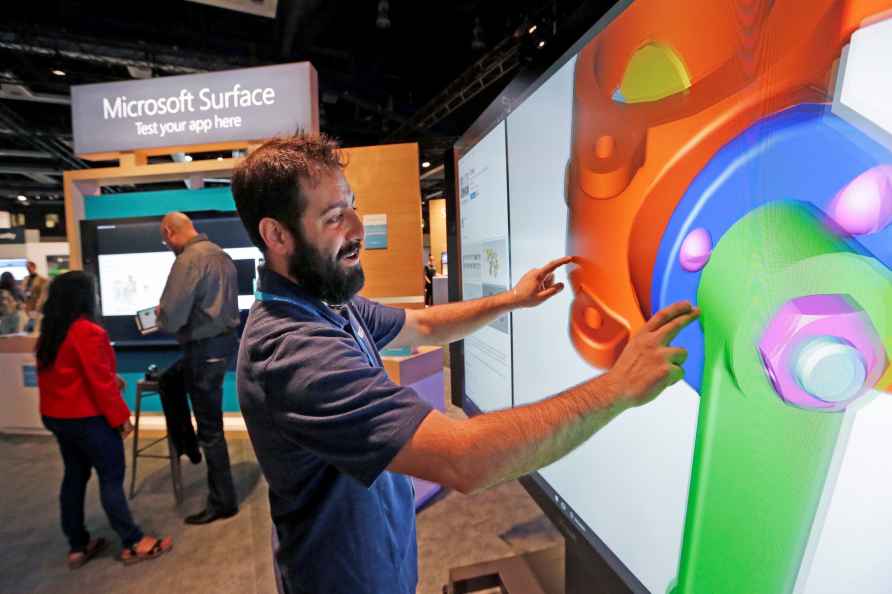 San Francisco, Sep 25 : Microsoft has confirmed that it plans to update the Surface Duo 2, which runs Android, with three years of updates. "We are committed to providing three years of OS and security updates," the company confirmed to Android Authority. The same was promised when the first Surface Duo was released. It's worth noting that the first-generation Surface Duo smartphone is still running Android 10, GSMArena reported. Microsoft did say it was working to update the Surface Duo to Android 11 "before the end of this year". This week, Microsoft held its Surface hardware announcement where it launched a few new Surface computers and a successor to the Microsoft Surface Duo. The Surface Duo 2 comes with a new triple-camera setup, updated battery, new displays, a faster chipset and an overall refinement of the dual-screen hardware. It also now has NFC and curved inside edges of the screen which make it easy to see notifications and the time while the device is closed. /IANS

New Delhi, Jan 6 : As India doubles down on local manufacturing, the country's import tariffs in the electronics sector are still way higher than China, Vietnam and other economies, which is negating […]

Doubling rate is two days, sometimes even in one day; we assume there are lots of Omicron cases in Assam: Himanta.

Doubling rate is two days, sometimes even in one day; we assume there are lots of Omicron cases in Assam: Himanta. […]