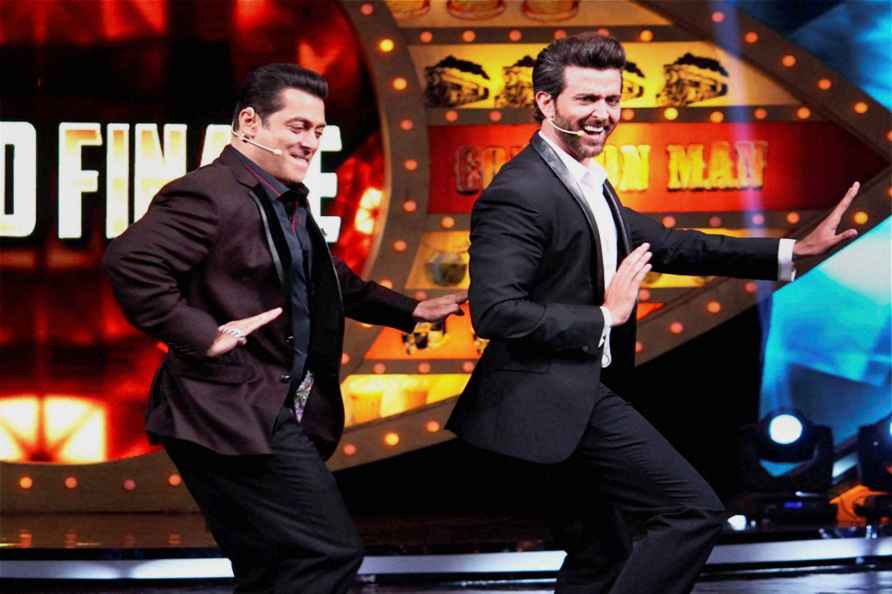 Mumbai, Sep 24 : The controversial reality show 'Bigg Boss 15' hosted by Salman Khan is going to start from October 2. Recently the launch of the show took place at Pench resort, Nagpur. Ex-Bigg Boss contestants Devoleena Bhattacharjee and Arti Singh hosted the launch. Television actress and model Donal Bisht, ex-Bigg Boss contestant Asim Riaz's brother Umar Riaz are the confirmed contestants and Shamita Shetty and Nishant Bhat from 'Bigg Boss OTT' house will also be locked in 'BB15' house. Salman Khan joined the press conference via video conferencing. Both Devoleena and Arti divided themselves among two teams and became the captain of each. There were certain tasks that they needed to perform to survive in the jungle. The tasks were performed to give the experience of the tagline of 'Bigg Boss 15' that is 'Sankat in Jungle, Phailaayega Dangal Pe Dangal'. The two divided teams performed tasks like making tea to construct a roof and other interesting tasks like surviving in rain. In fact, Arti was also seen hanging mid-air as she performed one of the survival tasks. There was also a traditional dance performance by a group of dancers and both Devoleena and Arti can be seen dancing on the tunes. Then there is a colourful decorated tree called 'Vishwasuntree' which can also be seen in the jungle. It was also shown in the promos of 'Bigg Boss 15' and voiceover for which was done by Rekha. The promos also showed Salman Khan in conversation with the tree. 'Bigg Boss 15' will start from October 2 on COLORS. /IANS

Thiruvananthapuram, Sep 24 : A day after state BJP president K. Surendran was asked to appear before a Crime Branch police probe team at Kasargode, a court in Wayanad district on Friday asked him to […]

Washington, Sep 24 : Initial unemployment claims in the US have increased for a second straight week to 351,000, indicating a disrupted labour market recovery amid an ongoing Delta variant-fuelled Cov […]