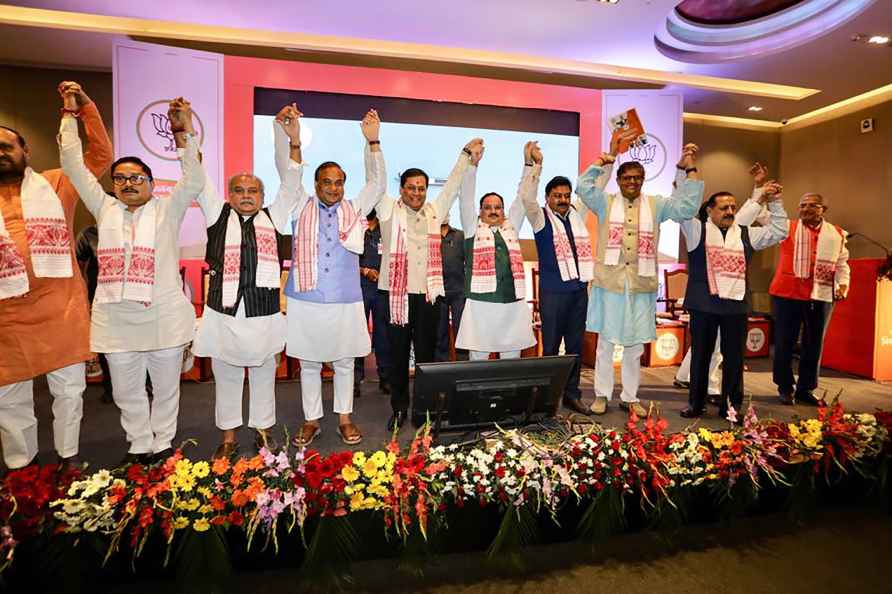 Thiruvananthapuram, Sep 24 : A day after state BJP president K. Surendran was asked to appear before a Crime Branch police probe team at Kasargode, a court in Wayanad district on Friday asked him to give his voice for a test in another case. Surendran has been asked to appear before the state-run Chitranjali Film studio on October 11 to record his voice along with Praseetha Azhikode, a woman leader of the JRP, an ally of the BJP-led NDA. Trouble broke out for Surendran when Azhikode alleged that Surendran had paid Rs 3.5 million in two instalments to tribal leader C.K. Janu, who heads the JRP party, ahead of the April 6 Kerala Assembly polls. Janu was the NDA candidate at the Sulthan Bathery in Wayanad district. An audio clip believed to be a conversation between Azhikode and Surendran had surfaced wherein the transfer of money was discussed between the two. The police had registered a case against Surendran and in the case, Azhikode was made a key witness. Following the request made by the police probe team, the Sulthan Bathery chief judicial magistrate court directed both Surendran and Azhikode to appear for a voice test. This fresh development comes a day after Surendran was asked to appear before the Kasargode Crime Branch police in an election bribery case filed against him. /IANS

Myanmar schools to remain closed for another week
Yangon, Oct 24 : Myanmar's Central Committee on Prevention, Control and Treatment for Covid-19 has announced further extension of the closure of schoo

Petrol price increased most in one year under Modi rule: Congress

New Delhi, Oct 24 : The Congress on Sunday slammed the government over yet another hike in petrol prices and alleged that in one year under the Modi rule the prices have increased manifold which is al […]

Myanmar schools to remain closed for another week

Yangon, Oct 24 : Myanmar's Central Committee on Prevention, Control and Treatment for Covid-19 has announced further extension of the closure of schools nationwide until the end of October. The […]

Paresh Rawal: Have never been in support of vulgar comedy

New Delhi, Oct 24 : Paresh Rawal has always upped his own game when it comes to the genre of comedy. But there is one thing he is not in support of and that is vulgar comedy or running down someone fo […]