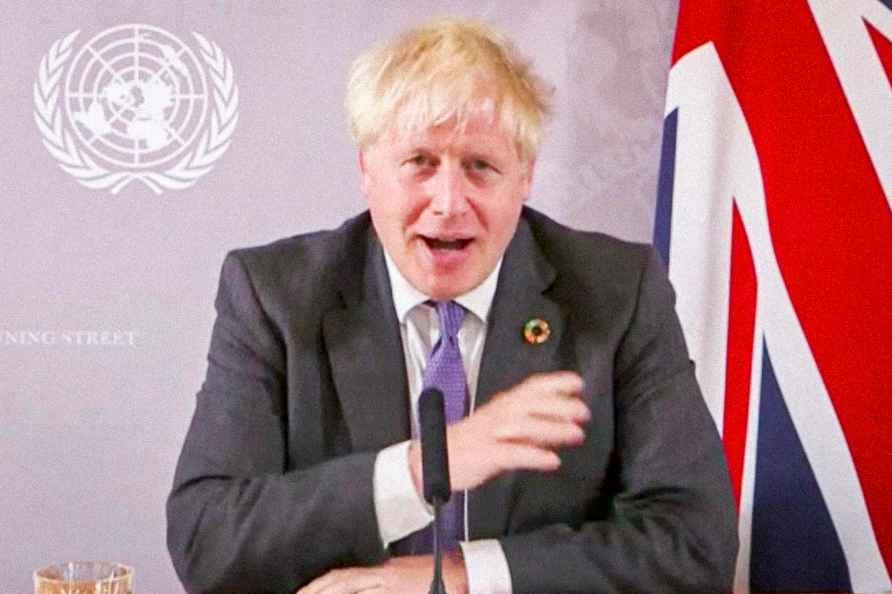 New York, Sep 23 : Significant new commitments for financing clean energy, increasing renewables and improving access to electricity are expected to be announced on Friday at the UN High-level Dialogue on Energy. The summit-level virtual event will bring together heads of state and other leaders from government, business, foundations, youth and civil society. Over 100 countries will join. The energy summit will be a crucial step in building an international coalition for action on energy and will highlight how some countries and businesses are moving to address the energy crisis. Momentum is building with some announcements expected from businesses and NGOs at virtual 'Energy Action' pre-events, to feed into the main dialogue. The commitments are expected to drive even greater actions to close the huge gaps in ambition and financing required to meet the energy needs of all people while reducing greenhouse gas emissions that are causing climate change. The High-level Dialogue is being convened by UN Secretary-General Antonio Guterres at the summit level at the request of the General Assembly. It will be the first energy-focused gathering of leaders at the UN in more than 40 years. For the dialogue, governments, businesses, foundations, cities, and international, civil society and youth organisations were urged to present voluntary commitments in the form of "Energy Compacts" to help achieve clean, affordable energy for all by 2030 and net-zero emissions by 2050, targets set out in Sustainable Development Goal 7 and in line with the Paris Agreement on Climate Change. Also among the dialogue outcomes will be a global roadmap for actions and timelines needed to meet energy targets by 2030. The roadmap involves inputs from expert working groups and was discussed at ministerial-level forums in June. Calling the Dialogue "a historic opportunity" in his invitation to global leaders, the UN Secretary-General urged actions set out in the roadmap. These include accelerating the energy transition by tripling investments for renewable energy and quadrupling the rate of energy efficiency improvement, and shifting fossil fuel subsidies to renewable energy, while creating new green jobs and ensuring a just, inclusive transition. Without deep energy decarbonisation, the 1.5 degrees Celsius goal of the Paris Agreement will fall quickly out of reach. The Secretary-General affirmed that decisive action must be apolitical priority in order to achieve access to clean energy for the 760 million people who currently live without electricity and for the 2.6 billion people still relying on harmful solid fuels for cooking. Over 135 Energy Compacts, including a number of significant commitments, have been submitted from governments; businesses; UN and international organisations; foundations; financial institutions; and civil society groups, including several youth networks, from all regions. Additional Compacts are expected to be registered in the months ahead, as momentum grows and partnerships are expanded, with progress tracked through the 2030 target year. "A wide range of stakeholders are making a serious push towards clean energy access and transition --governments, businesses, civil society leaders -- but much more is needed to achieve both the 2030 Agenda and the Paris Agreement," said dialogue Secretary-General Liu Zhenmin, UN Under-Secretary-General for Economic and Social Affairs. "The High-level Dialogue is coming at a time when the climate crisis is already dramatically impacting millions of people, and we will not be able to meet our climate goals unless we solve energy poverty and make clean energy affordable and accessible." Taking place less than two months before the critical UN climate conference in Glasgow this November (COP26), the Energy Dialogue is also an important step towards mobilising commitments and defining the actions that will enable countries to reduce their emissions by 45 per cent by 2030 and reach net-zero emissions by mid-century in line with the Paris Agreement. /IANS

IPCC distributes final draft on pathways to tackle climate change
New Delhi, Nov 30 : The Intergovernmental Panel on Climate Change (IPCC) has distributed the final draft of the Working Group III contribution to the

New Delhi, Nov 30 : Oil marketing companies on Tuesday kept the prices of diesel and petrol unchanged across major Indian cities. It is noteworthy to mention here that prices of the petrol and d […]

Amaravati, Nov 30 : The health authorities in Andhra Pradesh are sending 15 per cent of Covid-19 positive samples for genome sequencing in view of the new variant Omicron, which has been reported in s […]

New Delhi, Nov 30 : India reported 6,990 fresh Covid cases in the past 24 hours, below the 10,000-mark for fourth consecutive day, Ministry of Health and Family Welfare said on Tuesday morning. […]