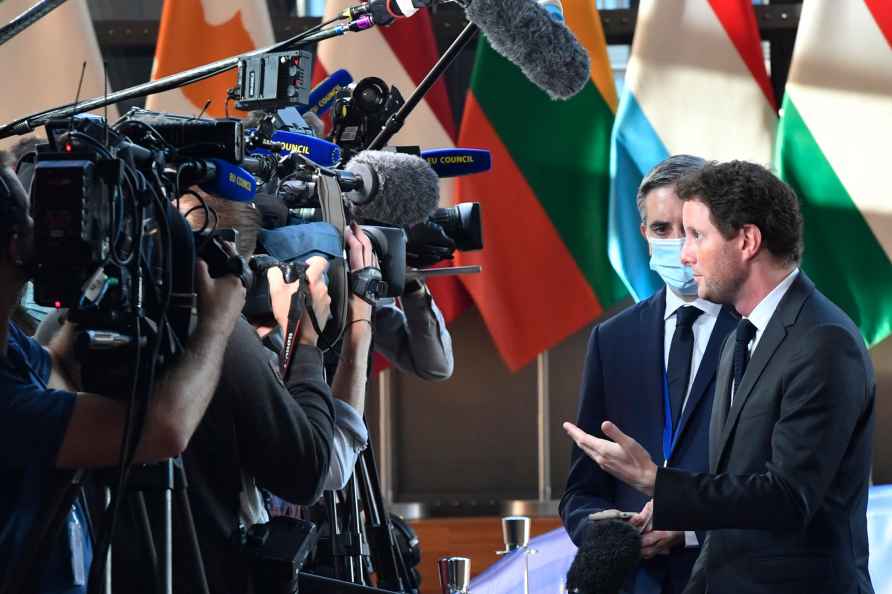 Paris, Sep 21 : French Foreign Minister Jean-Yves Le Drian said that the nuclear submarine deal between the US, the UK and Australia, known as AUKUS, represents a "crisis of trust" between allies that requires explanations. "It's not so much about breaking a contract... It is of course having a negative impact on France. But of course, first and foremost, this is a matter of breaking the trust between allies. And it brings about some heavy reflections on behalf of we, the Europeans, as to the way we see our alliances and partnerships," Le Drian told reporters in New York on Monday. "What matters now is, first of all, the breach of trust between partners. Because trust, partners and alliance mean transparency, predictability. It requires explanations. It's about talking to one another, not hiding from one another, in particular on matters of importance. And all of that did not happen. "We need to talk about it: why was all that missing, why was all that hidden, and made public without telling us ahead of time?" he queried. Le Drian, who is in New York for the high-level week of the UN General Assembly, said he did not intend to meet US Secretary of State Antony Blinken, Xinhua news agency reported. "Of course I may see him here or there in the corridor," said Le Drian. Under the new security partnership unveiled on September 15, Canberra will build nuclear-powered submarines with American and British technology. The new trilateral partnership has angered France after Australia pulled out of a 56-billion-euro ($65.6 billion) contract. Back in 2016, Australia signed a contract with France for the purchase of 12 conventional diesel-electric submarines. On September 16, Australia announced that it planned to acquire at least eight nuclear-powered submarines from the US and the UK. Outraged by the abrupt move without notice, France recalled its Ambassadors to the US and Australia. Le Drian had initially called the deal "a stab in the back". /IANS

Bypoll to Rajya Sabha seat gets underway in Kerala
Thiruvananthapuram, Nov 29 : Voting to elect a Rajya Sabha member began in the Kerala Assembly on Monday morning with the 140 legislators beginning to

First Test between India and New Zealand ends in draw at Kanpur after visiting side finishes fifth and final day at 165/9 in pursuit of 284.

First Test between India and New Zealand ends in draw at Kanpur after visiting side finishes fifth and final day at 165/9 in pursuit of 284. […]

Wellington, Nov 29 : New projections for the recovery of New Zealand tourism suggest that it could be 2024 before the industry gets close to its "new normal". Tourism Industry Aotearoa (New Zeal […]