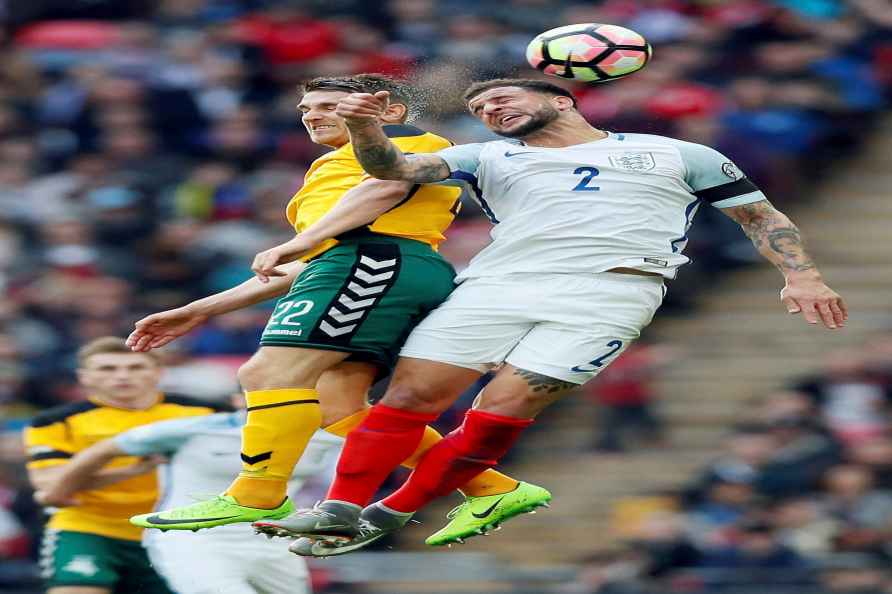 London, Sep 19 : Son Heung-min is currently regarded as the most popular Asian footballer in the world. Son, who also serves as the captain of the South Korean national team, is also known as one of the nicest guys to ever step on the football field. Ahead of Tottenham's match against Chelsea on Sunday evening, Son, currently in doubt for the match due to a calf injury, spoke on a variety of topics. Excerpts: How did it feel on scoring the goal against Arsenal, especially with that celebration? Yeah, it was really good. I mean, fans were back finally in our stadium, and it was also derby, northern derby. So, I really enjoyed that. We work really hard and got a clean sheet and get a win for the fans and for the players as well. I think we did a really great, great job. How has your summer been as you had a slightly longer rest than some of the players that have been at the Euros? I spent all my time at my home, family, friends and everything. It was really, really good. I'm ready to go again for the coming season and I'm looking forward to it. You have also signed a new contract with Tottenham until 2025. How excited are you to continue your journey with the club? This is such an honour to play. Already six years here, and I'm really grateful that I have this opportunity in the Premier League. It's a big honour and I'm looking forward for another five years. We never knew it was going to be five years. But, yeah, I'm looking forward to another five years of playing with this shirt and this stadium, with these fans. I can't wait to play. I do really love football and Tottenham. It has given me so much opportunities. I saw my chance and, yeah, I'm just really grateful for everything. Nuno Espirito Santo became your new manager over the summer. How has it been to work with him? He is really positive. He's really calm, but he has a right plan and how we want to do it. It's really early, too early to speak about him. But I was working on maybe two or three weeks because of preseason was only two or three weeks. So, I mean, I'm looking forward to working with him. I think he looks really positive. But yeah, you never know what's going to happen in the season. Everyone is positive and really happy. So that's the most important thing. How many goals you want to score this season and what are your expectations? There is no aim, there are no goals. I'm trying to give my best game by game. I think this is so important because when you put your target or goal and when you achieve this, probably you will lose your motivation or whatever. You know, I will just want to continue and there's no aim. So, I want to just try my best in my game, for the team. There's no goal. I just want to help the team. How did your pre-season pan out? It was hard. Hard training session, hard games. But I mean that's why we call it pre-season. It is only once a year that we are training so hard otherwise because we have games and games. So, I think was good to have for some tough session in my legs. So, it was a great and a good time. It was very important time for the upcoming season. How amazing does it feel when fans back home describe you as pride of South Korea? I don't know but it means a lot. I never heard them say pride of Korea. But I'm just so grateful that they love me so much, you know? I mean, I do what I love, you know, and then the people just watching me and then they enjoy, they love me. So, I mean, I have a big responsibility as well for these kinds of things. I just want to give them something back even when I'm not playing well. I want to try my best for them as well because they're supporting amazingly. This means a lot. Words can't describe this feeling. I'm a really happy guy. I'm always so happy to see Korean flags in the stadium or even in the street, whenever I see the Korean guys. I'm just glad to see them because it's so, so, so special. I'm so proud and feel a lucky guy that I get to do what I love, and they love me back for it. What advice can you give to other Korean players wanting to break boundaries like you have? Football obviously sometimes gives you pressure as sometimes it doesn't go well. But there's one important thing that is, don't forget your happiness. Don't forget your enjoyment in playing football. I started to play football because I love it. I did not start football because of the pressure. Pressure is coming from other side, so I need to be strong. Because I love football, so I think this is what I can give advice for the young lads. You should just enjoy football with a smile on your face and you can achieve what you want then. /IANS

UP Assembly illuminated with lights

Milwaukee: Police investigate the scene where five people were found dead in a Milwaukee, Wisc., home, Sunday, Jan. 23, 2022, in what police are investigating as multiple homicides, authorities said. […]

Ahun: French President Emmanuel Macron has a lunch at the lunch in the canteen in the agricultural high school in Ahun, central France, Monday Jan. 24, 2022. /AP-PTI […]