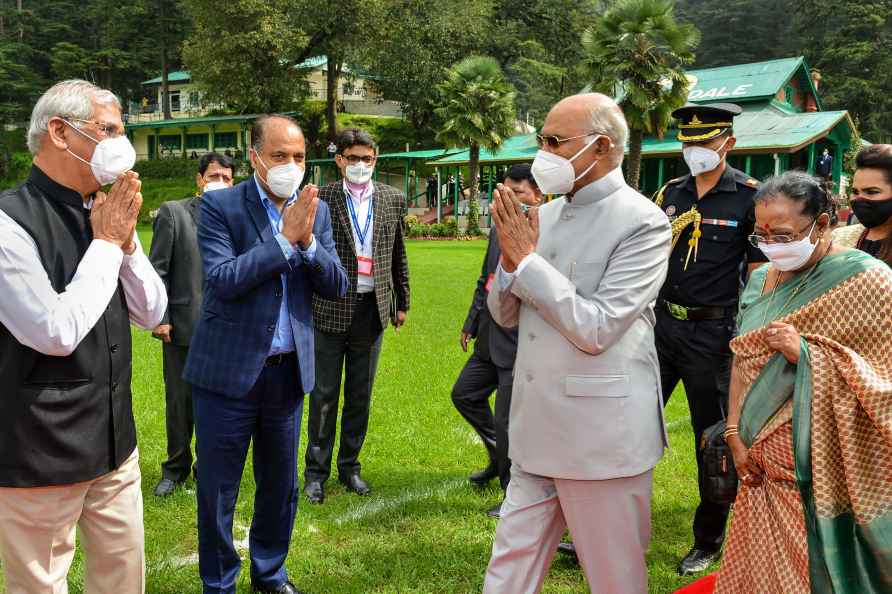 Army rescues 205 stuck tourists in Himachal
[Jim Corbett National Park: Hotel guests stand on the roof of Lemon Tree hotel, as the hotel gets flooded with the waters from an overflowing Kosi Riv

Impactful Scotland aim for the top as PNG struggle for survival
[Muscat: Papua New Guinea's Kiplin Doriga, left, celebrates with teammate Simon Atai after the dismissal of Scotland's Matthew Cross during the Cricke

It's battle between Virbhadra's legacy and Himachal CM's credibility

By Vishal Gulati Mandi (Himachal Pradesh), Oct 19 : It's a battle between the past performance of an erstwhile political stalwart and the new achievements of a first-time Chief Minister in Himachal […]

Kolkata, Oct 19 : Owing to year-long lockdown and Covid restrictions for more than 18 months, a huge rush of people to bars and restaurants in Kolkata during Durga Pujas forced many of the premiere di […]

Israeli captives only to be exchanged for Palestinian inmates: Hamas

Gaza, Oct 19 : The Islamic Hamas Movement said that the Israeli captives in the Gaza Strip will only be exchanged for the release of Palestinians prisoners. Hamas, which has been ruling the Gaza […]

Mumbai, Oct 19 : Moody's has revised the outlook for the Indian banking system to stable from negative suggesting that the deterioration of asset quality since the onset of the coronavirus pandemic ha […]