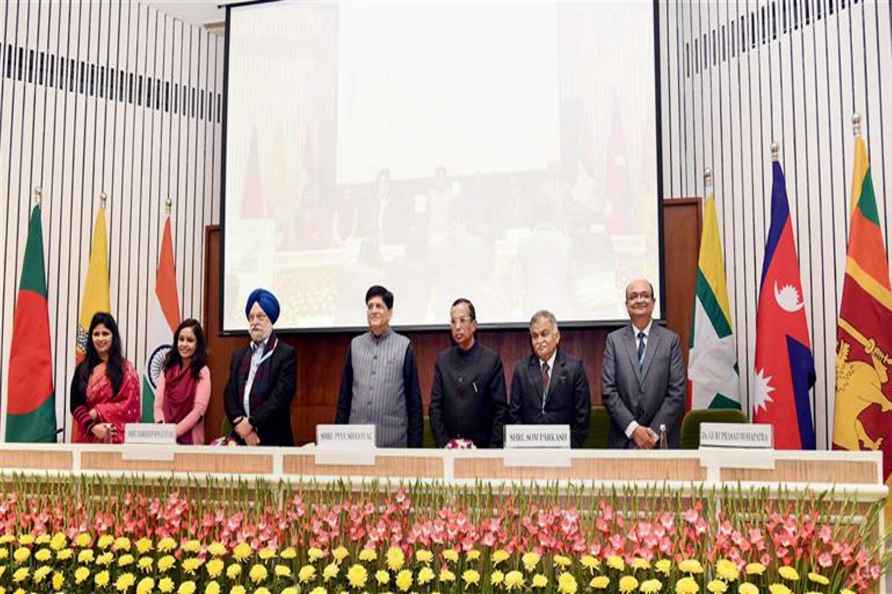 New Delhi, Sep 15 : The telecom industry has lauded the Union Cabinet's approval for reform and relief measures for the sector. Cellular Operators Association of India Director General S.P. Kochhar said the measures show the government's intent for the much-needed structural reforms in the telecommunications sector, in scripting the success of Digital India, and in accelerating the journey to meet Digital India goals which will ultimately deliver ample benefit to the individual consumers. "These steps would go a long way in relieving the financial stress the sector is facing, boosting investments, encouraging healthy competition and in offering choice to customers. The announcement is aligned with the telecom industry's long-standing asks," he said. Bharti Airtel described the measures as path breaking policy and said that the reform package heralds a new dawn for the Indian telecom industry and will catalyse explosive growth of this vital sector. Bharti Airtel Chairman Sunil Bharti Mittal said: "We congratulate and thank the government, who under the decisive leadership of the Prime Minister Narendra Modi, has undertaken these seminal reforms to lift an industry that's at the core of his Digital India vision. The latest reforms ensure that the industry is able to invest fearlessly and support India's digital ambitions. We also compliment the Minister of Communications and the Finance Minister for their leadership and support." Bharti Airtel MD & CEO, India and South Asia, Gopal Vittal said that these fresh reforms will further boost efforts to invest in this exciting digital future and enable it to be one of the leading players in India's digital economy. "More needs to be done, however, towards a sustainable tariff regime to ensure the industry gets a fair return. This will, in turn, allow it continue investing in new technologies and innovation to bring world-class services to customers," he said. Reliance Jio noted that the package is a timely step towards strengthening India's telecom sector. Reliance Industries Chairman Mukesh D. Ambani said: "Telecom sector is one of the prime movers of the economy and the key enabler for making India a Digital Society, I welcome the Government of India's announcement of reforms and relief measures that will enable the industry to achieve the goals of Digital India. I thank Prime Minister for this bold initiative." Aditya Birla Group Chairman Kumar Mangalam Birla was of the view that the measures will go a long in unshackling the telecom sector. "These reforms demonstrate the government's firm commitment to ensuring healthy growth of the industry. The measures also reflect the decisiveness of the Prime Minister, the Telecom Minister, and the government to address long-standing issues. These reforms will bring alive the digital aspirations of 1.3 billion people and accelerate India's journey to be a digitally powered economy as envisaged by our Prime Minister," Birla said. "We commend the resolve shown by the Government of India, under PM Modi's leadership, to find a comprehensive solution that would support a competitive and sustainable telecom sector in India," Vodafone Group CEO Nick Read said. The Union Cabinet earlier in the day approved the much-anticipated relief and reform measures for the stressed telecom sector. Among several decisions, the Cabinet has approved a four-year moratorium on all dues by telecom operators, including the adjusted gross revenue (AGR), however, those operators availing the moratorium will have to pay interest of "MCLR+2 per cent". It has also approved the change in the AGR definition and now non-telecom revenue will not be calculated under AGR, prospectively. In another major move, the Cabinet has allowed 100 per cent FDI in telecom under the automatic route. /IANS

PI Industries refutes Kochi businessman's claim on Rs 1,448.5 Cr shares
Thiruvananthapuram, Oct 17 : PI Industries Ltd, one of the reputed companies listed in the National Stock Exchange (NSE) and a market leader in their

Oil alarm: Country's oil import bill at 67% of FY21 in just 5 months of FY22
New Delhi, Oct 17 : The sharp economic recovery and rising demand post the second wave of Covid coupled with a spike in global oil prices may pose a c

Sydney, Oct 17 : Australia's most populous state of New South Wales (NSW) has crossed the milestone of 80 per cent of its population above the age of 16 being fully vaccinated against Covid-19, prompt […]

Thiruvananthapuram, Oct 17 : PI Industries Ltd, one of the reputed companies listed in the National Stock Exchange (NSE) and a market leader in their field, has refuted the claims of a Kochi-based bus […]

Scotland stun Bangladesh by six runs in their Group B T20 World Cup first round opener.

Scotland stun Bangladesh by six runs in their Group B T20 World Cup first round opener. […]

New Delhi, Oct 17 : The Army, Navy and Air Force have been mobilised to carry out flood relief operations in Kerala on Sunday as unprecedented rains resulted in heavy flow of water in various rivers, […]