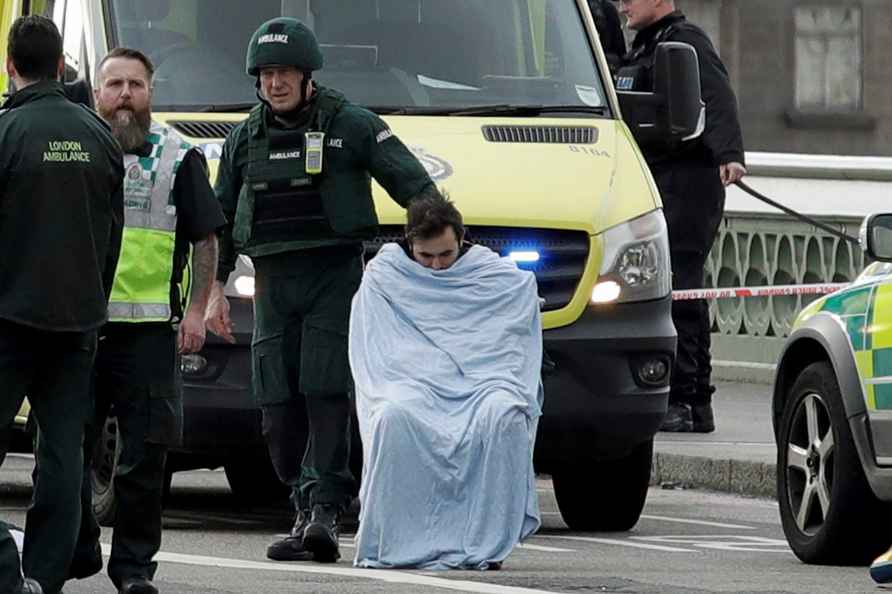 New Delhi, Sep 12 : Delhi police said on Sunday that a case has been registered against three under-trials at the Tihar Jail for indulging into a fight inside the jail premises. According to Tihar jail officials, a fight had broken out between the three inmates on Saturday evening, during which two of them suffered injuries. The incident took place inside jail number 3. Inmates had attacked each other with sharp edged-objects and they got injured. "Two of them were rushed to the Deen Dayal Upadhyaya (DDU) Hospital for medical aid after the incident and they returned to the jail after treatment," senior jail official said. Under trial prisoner named Sumit Dutt, who was lodged in ward number 2 of central jail 3, was first admitted to DDU and later was referred to Safdarjung hospital, the official said, adding, "He claimed that he was assaulted with sharp weapons inside the jail by fellow inmates Brijesh alias Kalu and Bilauta." Dutt received injuries on his thigh, abdomen and ribs. Inmate Kalu had also received a stab injury on his thigh and was also referred to the same hospital, the officer said. "A case under sections 307 (attempt to murder) and 324 (voluntarily causing hurt by dangerous weapons or means) and 34 (common intension) of the Indian Penal Code has been registered against the trio," a senior police official in Tihar prison said. /IANS

PMK pays Rs 5 lakh to family of worker killed in cashew factory
Chennai, Oct 16 : The Pattali Makkal Katchi (PMK) has given a financial assistance of Rs five lakh to the family of K. Govindarasu, who was allegedly

Suspect killed in shootout at Mexico City airport
Mexico City, Oct 16 : At least one suspect was killed and two people were injured in a shootout at the entrance to Terminal 2 of the Mexico City Inter

Srinagar, Oct 16 : Top LeT commander responsible for the killing of two policemen has been eliminated in an encounter between terrorists and security forces at Drangbal area of Pampore in South Kashmi […]

Hobart, Oct 16 : Parts of Australia's island state of Tasmania entered a three-day snap lockdown and the next 48 hours remain critical, Premier Peter Gutwein announced on Saturday. Under the res […]

Chennai, Oct 16 : The Pattali Makkal Katchi (PMK) has given a financial assistance of Rs five lakh to the family of K. Govindarasu, who was allegedly murdered inside the cashew processing unit belongi […]

Ramallah, Oct 16 : Palestine has warned that the consequences of more Israeli settlement plans in Jerusalem "will be dangerous", the official WAFA news agency reported. "The Israeli plans to bui […]