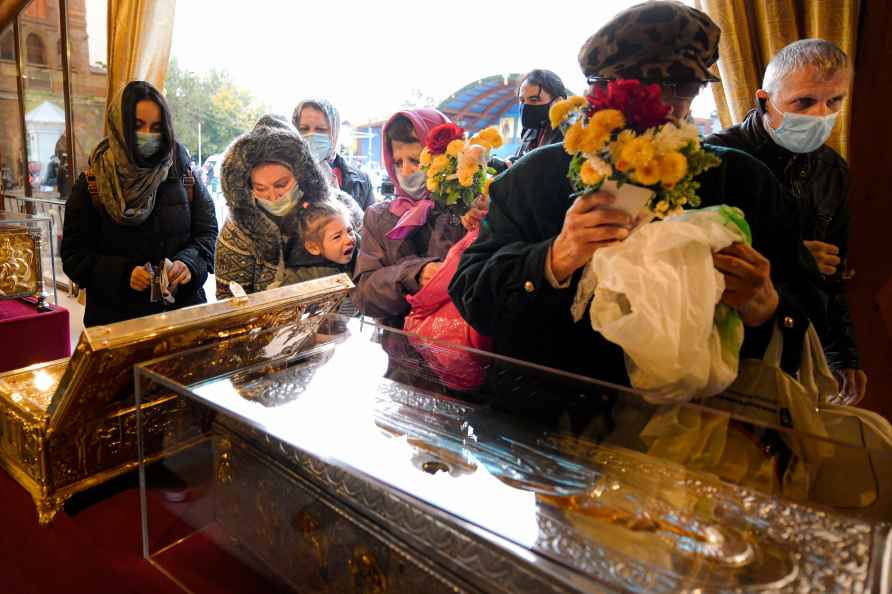 Washington, Sep 10 : Daily marijuana use increased in 2020 to an all-time high among US college students over the past four decades, according to the University of Michigan's (UM) annual national Monitoring the Future (MTF) panel study. Daily marijuana use, defined as using on 20 or more occasions in the past 30 days, increased to 7.9 per cent in 2020 among 19 to 22-year-old full-time college students, showing a significant increase of 3.3 percentage points over the past five years, Xinhua news agency quoted the study as saying. Among same-aged young adults not in college, daily use was 13 per cent in 2020, below the all-time high of 15 per cent in 2019, representing a non-statistically significant decline in 2020. Meanwhile, the annual use of marijuana last year was at historic high levels of 44 per cent since the early 1980s among college students and of 43 per cent among same-aged youth not in college. Another main finding is that the use of hallucinogens, including LSD, psilocybin mushrooms and other psychedelic substances, continued to increase, especially among college students. Annual use of any hallucinogen increased 8.6 per cent for college students from 2019 to 2020, the highest since 1982. Among same-aged young adults not in college, annual use was 9.8 per cent in 2020, the highest in two decades. A third main finding is that college drinking declined in 2020, perhaps due to the Covid-19 pandemic. Among college students, both 30-day use and 30-day drunkenness decreased significantly between 2019 and 2020 to 56 per cent and 28 per cent, respectively. Cigarette use among young adults continues its long-term decline, with past 30-day use at a new all-time low of 4.1 per cent in 2020 for college students, showing a significant 3.8 percentage point decline from 2019; it also reached a new all-time low of 13 per cent in 2020 for non-college respondents in 2020, the study found. The ongoing MTF study has been tracking college students and same-aged youth not in college every year since 1980. The new findings are from surveys conducted between March 30, 2020, just after the national shutdown due to the Covid-19 pandemic, through November 30, 2020. /IANS

Journalist, marketing, branding and film production: What makes producer Rahul Mittra a cruncher?
By Sukant Deepak Chandigarh, Sep 27 : "Every mediaperson from my generation is bound to know me. After all, I was the most hated," smiles film prod

Music trumps militancy in Kashmir
Srinagar, Sep 26 : Lanes and bylanes of Kashmir valley, not long ago filled with smokes and sounds of battles, are stirred by lilting tunes and mellif

Two roads, one park in UP's Kanpur to be named after Raju Srivastava
Kanpur (Uttar Pradesh), Sep 26 : The Kanpur municipal Corporation (KMC) has decided to name two streets and a park in the city after late comedian Raj

Madrid, Sep 27 : Spain face a vital match in Portugal on Tuesday night with a place in the Final Four of the UEFA Nations League at stake, but also with eyes on the more immediate future. La Roj […]

**EDS: SCREENGRAB FROM A VIDEO POSTED BY @UK_dialogue ON TUESDAY, SEPT. 27, 2022** New Delhi: People stage a protest at Uttarakhand Sadan demanding capital punishment for the murderers of Uttarakhand' […]

New Delhi, Sep 27 : Stargazers across the world were left mesmerised when they caught the closest glimpse of the giant gas planet with its four moons -- some lucky souls saw it with just binoculars. […]

Bengaluru, Sep 27 : The crackdown against the Popular Front of India (PFI) continued in Karnataka with police detaining 45 members of the political outfit on Tuesday. According to sources, the r […]